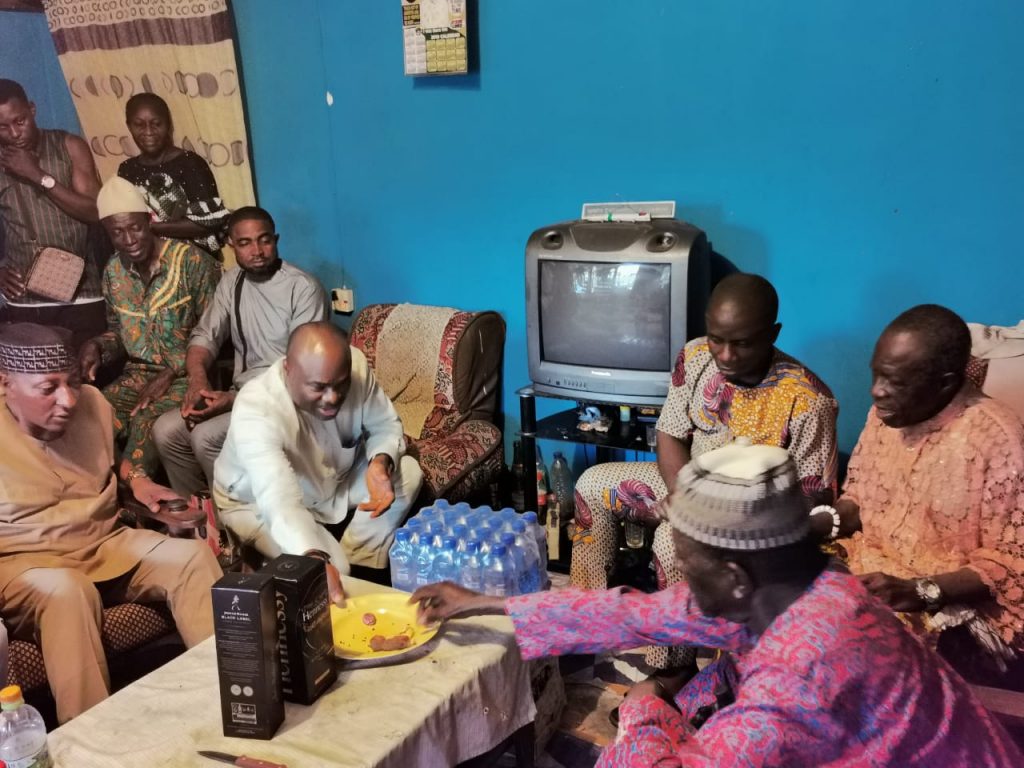 In apparent display of the popular saying that “Charity begins at home,” the All Progressives Congress (APC) Delta South Senatorial District candidate, Hon. Joel-Onowakpo Thomas officially informed his ancestral family on his ambition to vie for Senate.

Hon Joel-Onowakpo made his ambition known to the Kalama Royal family of Aviara, Isoko South Local Government Area of Delta State, his roots, barely 24 hours after he was declared winner of the APC Delta South Senatorial District ticket.

He said it was only proper and fit to visit his ancestral family to formally inform them of his ambition haven secured the ticket to represent the good people of Delta South Senatorial District in the red Chambers under the All Progressives Congress come 2023.

He noted that all that was needed when a man is going for a battle is to seek the support and blessing of his family and kinsmen, adding that he has come to seek for Royal blessing from his root to equip him for the battle ahead.

“I have come to you my fathers to officially inform you of my ambition to go to the Senate. I have also come to seek your prayers and solicit your support. Every success begins from home. I need your prayers and blessings. It is important that you back me up as I embark on this journey.”

Receiving their illustrious son, the Kalama Royal family of Aviara, led by Evang. I. P. O Igrigri, described Hon. Joel-Onowakpo ambition as their own, promising to do all within their reach to mobilize support for him towards the actualization of his ambition to represent Delta South Senatorial District in the Senate.

Evang. Igrigri said the Kalama Royal Family will not waste any second to throw their weights behind his ambition, noting that as an illustrious son who has made them proud, they will join him in his campaign to win more people both within and outside Isoko Nation to his side before the 2023 election.

He thereafter, prayed God Almighy to protect, keep, guide and guard Hon. Joel-Onowakpo in all his journeys as he cris-cross the nooks and crannies of the state.