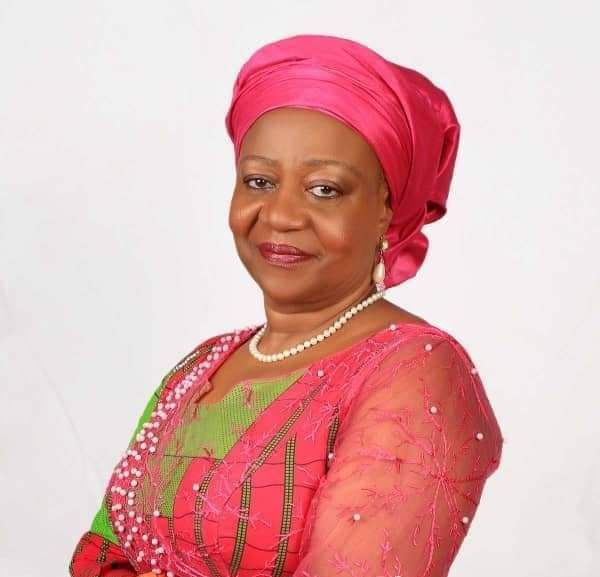 A group of of legal practitioners interested in human rights and public interest litigations, has advised the senate, to disregard the strident and selfish comments from persons and groups, challenging Lauretta Onochie’s nomination as the Chairman of NDDC governing board.

In a release authored by Yusuf Dankofa, a professor at law and addressed to the Nigerian Senate President, the group declared the call as auspiciously necessary in order to deflate the campaign of calumny and hatred against Lauretta Onochie, on her recent nomination by President Muhammadu Buhari as the Chairman of the NDDC.

He posited that the purveyors of falsehood have continually bandied baseless and unfounded petitions against Onochie’s nomination, a development he emphatically said was bereft of proper legal foundation.

Dankofa cited part 2, subsection 2(1) of the NDDC Act, as an antidote to the traducers’ frivolous and shallow submissions noting that “The act explicitly highlighted the appointment of the Managing Director, the Executive Directors and other Board Members as the only ones subjected and predicated on the oil producing indigeneity and not the appointment of Lauretta Onochie”.

“It is upon the above premise that we beseech the respected and distinguished Senate not to allow petitions like this that stands on nothing to sway its decisions because allowing this is to create an avenue where politically desperate people will continue to irritate, dehumanize and consistently sabotage government efforts at bringing credible, visionary and transformational people on board to assist her in driving its change agenda”, he affirmed.

ALSO READ:  Insecurity: Omo-Agege Pledges to Establish Security Trust Fund If Elected As Delta Governor
For advert placement, publication of news content, articles, videos or any other news worthy materials on this Website, kindly send mail to asabametro@gmail.com.
Continue Reading
Advertisement
You may also like...