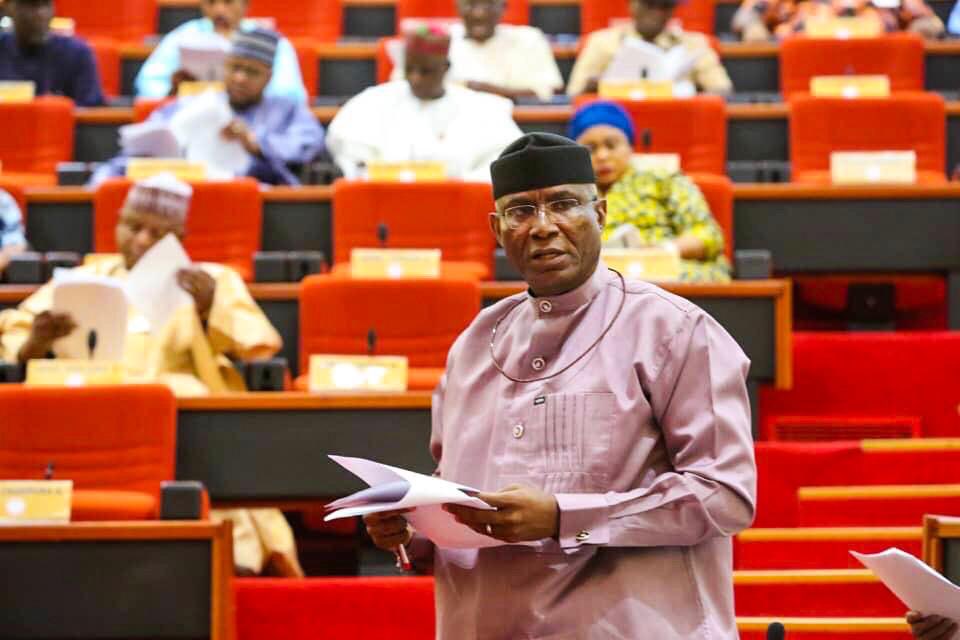 …Omo-Agege is our son, we’re Solidly behind him – Aboh Union PG.

The Delta State Gubernatorial Candidate of the All Progressive Congress APC, Senator Ovie Omo-Agege, has assured the people of Ndokwa Nation that President Muhammadu Buhari will assent to the biil establishing the University of Agriculture Aboh in Ndokwa East local government area of the State.

He said the bill establishing the institution has been passed by both Chambers of the national assembly and now waiting the President’s assent.

Omo-Agege, who is the Deputy President of the Nigeria Senate, stated this on Saturday when the ward to ward campaign trail of APC visited Aboh and other wards in Ndokwa East local government area.

Omo-Agege said that the proposed establishment of a University of a
Agriculture in Aboh was not a misplaced priority, considering Ndokwa Nation’s contribution in oil and agriculture to the development of the country. He added that Ndokwa Nation remains the only federal constituency in Delta State without a higher institution.

While lamenting the underdevelopment of Ndokwa Nation by the Okowa-led administration, he promised to put an end to the political marginalization and infrastructural neglect of the area.

“I want to tell you that all of the punishment and wickedness visited upon the people of Ndokwa East by Okowa will stop on the day of the election. I am very pained anytime I think about Ndokwa East local government area and see your sufferings and the amount of neglect, I share tears”.

“And the most painful part is that his stooge, who is the speaker of the Delta State House of Assembly presided on the day these three universities were established. He couldn’t even ask Okowa to place one in Ndokwa Nation because two of them have so much hatred for Ndokwa people.”

“But let me assure you that the suffering and neglect are over; and that is why I as your son working with your Senator Peter Nwaboshi came together and we ensured that the bill for the University of Agriculture is established in Aboh.”

“And as I speak to you, that Bill establishing the University of Agriculture has been passed by the Senate and House of Representatives; and we are going to make sure President Muhammadu Buhari signs it.”

Meanwhile, the President General of Aboh Development Union, Chief John Ajie Ogwu, has described Senator Ovie Omo-Agege as a bonafide Aboh son whom he described the Aboh people are proud of.

Ogwu said the Aboh people and indeed Ndokwa Nation will massively mobilize and vote for him to emerge as next governor of the state.

According to him; “Senator Ovie Omo-Agege is an Aboh son and we are proud of him. We are solidly behind his governorship ambition and we will massively deliver him.”

Other leaders of the party who spoke during the campaign, promised to deliver Omo-Agege and other APC Candidates in the 2023 general elections.