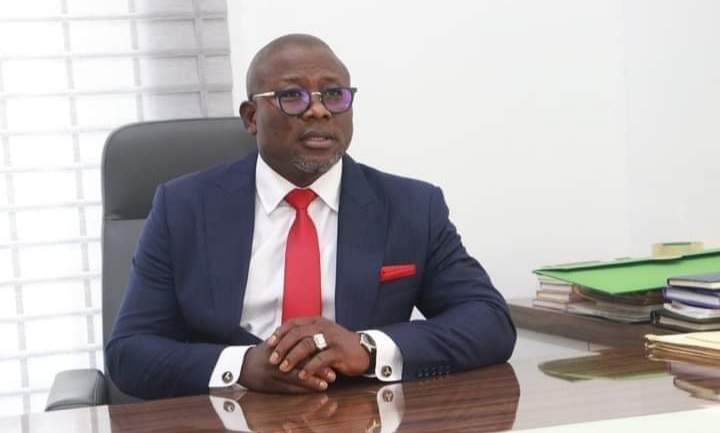 …Promises To Govern With Every Sense Of Responsibility If Given The Opportunity.

Speaker, Delta State House of Assembly, Rt Hon Sheriff Oborevwori has said that his aspiration to take over from Governor Ifeanyi Okowa at the end of his administration in 2023, stems from the need for sustained peace, unity, good governance and accelerated growth in the State.

Speaking in an interview immediately after Tuesday’s Plenary of the State Assembly, the Speaker stated that he has the capacity, experience and credibility to preside over the affairs of Delta State as Governor and appealed to every critical stakeholders to key into the project for the collective good of the State and its people.

Rt Hon Oborevwori who spoke against the backdrop of his just concluded Consultation Visits across the 25 local government areas of the State, said Dr Ifeanyi Okowa’s performance as Governor of the State has been very outstanding and glorious.

Oborevwori explained that having been part of the government that has done so well, stepping into the shoes of Dr Okowa at the end of his administration in May 2023, will consolidate the laudable achievements and usher in greater development that will take the state to the next level.

The governorship hopeful noted that he has always been in the forefront of a prosperous Delta, stressing that he would govern the State with every sense of responsibility if given the opportunity to serve in that capacity.

Rt Hon Oborevwori who expressed happiness that majority of Deltans shared his vision of becoming the next Governor of the State, commended the massive turnout of people during his Consultation Visits across the 25 local government areas.

The Speaker further stated that as a unifier, he has been able to bring together several critical stakeholders in politics towards supporting a project that will move Delta State forward and appealed to all to sustain the commitment.

Pointing out that he has been a major player in politics in Delta State for over three decades, Oborevwori stressed that the level of acceptability of his aspiration by Deltans was encouraging and commendable.

He expressed optimism of victory at the PDP Governorship Primaries, saying that even the delegates for the election also shared the same vision of a greater Delta and they know he will deliver if given the opportunity which they have resolved to bring to fruition.

“The delegates know me and I know them. I have gone round to consult them. They know I have the capacity, I have the wisdom, I have the street credibility. As a political scientist, I know the importance of relating with the low and high in the society, getting in touch with them, keeping relationship with them, knowing their needs, aspirations and challenges. This I have done over the years which account for the massive support of my ambition across the state. They know it is our project and collectively we shall get there”, he said.

Rt Hon Oborevwori thanked his colleagues in the State Legislature for believing in him and his leadership qualities, pointing out that “as key stakeholders in their various constituencies, I believe that they must be doing their best to help actualize the divine project of Sherrif for Governor in 2023”.

He also thanked Deltans for their massive support and promised not to disappoint the people, stressing “as a child of God, I have the faith that it is God that gives power. My vision is for the light in government house to continue to shine and I believe that I will continue from where His Excellency, Dr Ifeanyi Okowa will stop come 2023″.