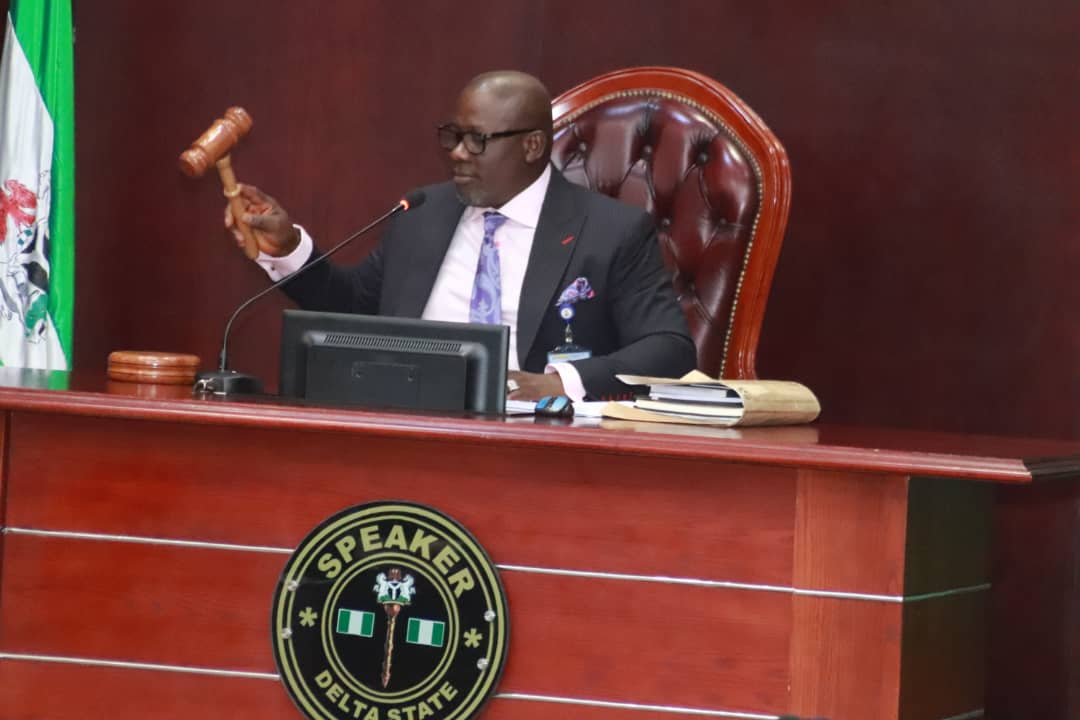 …As Committee Submits Report on the Management of Funds Accruing to Delta State Judiciary from Consolidated Revenue Fund.

The members of the ad-hoc Committee are the Majority Leader, Hon Tim Owhefere as Chairman, Hon Pat Ajudua and Hon Charles Oniyere as members.

The ad-hoc committee is expected to submit it’s report in two weeks.

Also at plenary, the House received the report of the ad-hoc Committee on the bill  for a law to provide for the management of Funds accruing to the Delta State Judiciary from the Consolidated Revenue Fund of Delta State to ensure accountability, transparency, effective and efficient utilisation of fund and for other matters connected there with. Presenting the report, Hon Pat Ajudua said the Committee scrutinised the proposed provisions of the bill clause by clause.

She said all opinions and concerns expressed by stakeholders during the public hearing were  also considered in making amendments submitted in the committee’s final draft.

Hon  Ajudua who is also the Chief Whip of the House expressed hope that the report would assist the House in making and providing the required legal framework for the effective and efficient management of the funds accruing to the Delta State Judiciary from the consolidated revenue fund of Deltans State.

Thereafter, the Majority Leader, Hon Tim Owhefere moved for the House to receive the report for further consideration and was seconded by Hon  Emomotimi Guwor and adopted.

The consideration of the report at the Committee of the Whole has been slated for Thursday September 5, 2019