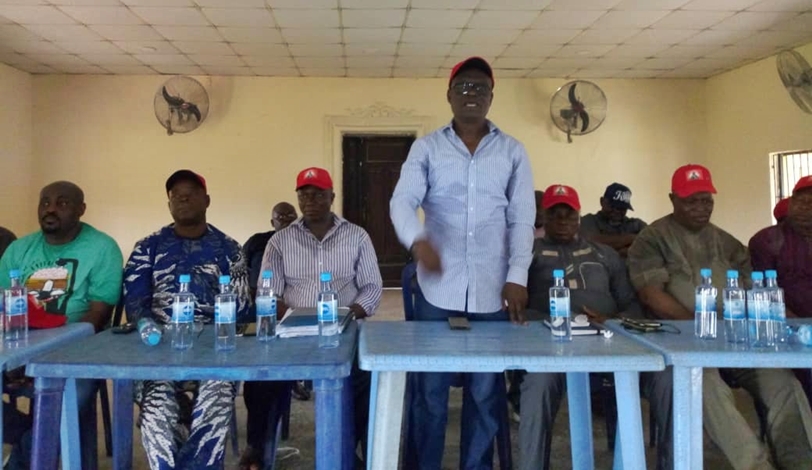 As political titans get battle ready to lock horns ahead of the General elections, the need for the electorate to vote, monitor and ensure results are declared before retiring to their homes have been stressed.

Former Secretary to Delta State Government, Comrade Ovuozourie Macaulay while addressing 240 members of the 10 men committee collected from the 24 wards across Isoko Nation, said all hands must be on deck to defend votes.

During the meeting which held at the Ekpre Otobo Hall, Macaulay stated that the opposition All Progressive Party (APC) is perfecting plans to rip Deltans of their will and voting rights which must be vehemently opposed with real votes and monitoring.

Macaulay emphasised the need for peace to avoid a scenario of opposition capitalising on crisis. “They are planning to write results. It means our votes will be invalid. We must resist it. we must vote, monitor the votes and follow the results to the collation centre. If we do that, it will be impossible  for imposition of results.”

“The Peoples Democratic Party presidential candidate, Alhaji Atiku Abubakar and our own governor and gubernatorial candidate, Senator Dr. Ifeanyi Okowa are very strong and good to go. Isokos are PDP people. Isoko has supported PDP since 1999. Let’s ensure a peaceful environment for the polls. We must set up another 10 man committee in your various wards to help spread the message of INFO. The essence of the meeting is to appraise our progress and think the way forward.”

Members of Isoko Nation For Okowa

He said, “If we win presidency and lose governorship, then we have failed. We must win all. We all have a duty. If you can’t fight, sabotage, if you can’t sabotage, be an informant.”

Former APC chieftain, Hon. Joe Arausi who spoke during the event said the election rigging rumour peddled by the opposition is a tactic to whittle the morale of the Peoples Democratic Party, hence continuous sensitization and campaign must suffice.

No Discrimination In Project Execution Says Okowa, Campaigns in Otor-Udu and Ogbe-Ijaw
Delta 2019: PDP Can No Longer Write Results This Time – Ogboru
Advertisement