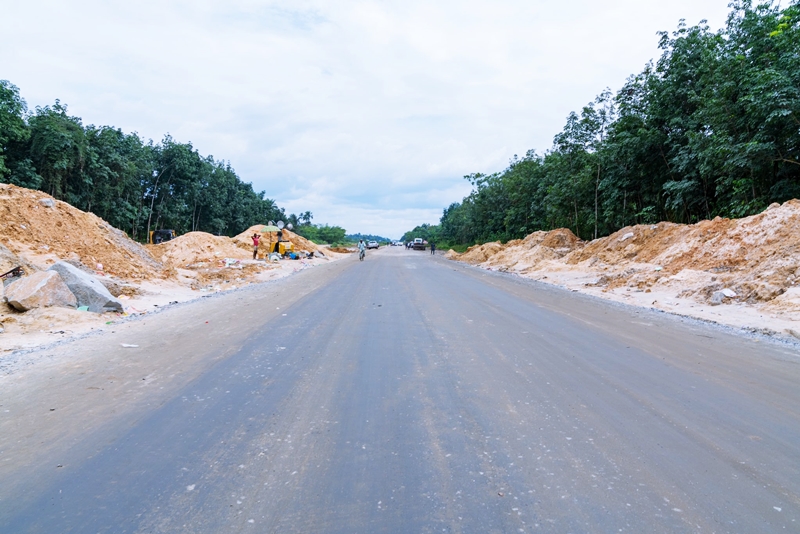 Delta State Governor, Senator (Dr.) Ifeanyi Okowa, has called on the Federal Government to re-assess all roads constructed over 20 years ago with a view to reconstructing failed ones.

He made the call on Sunday, September 22, 2019 while inspecting ongoing work on failed portions of Warri-Benin highway being reconstructed by the state government.

The governor said that many federal roads across the country were aging and that the Federal Government should do a total reassessment of such roads and intervene promptly.

According to him, if the Federal Government fails to act fast, I am afraid we are going to be overwhelmed one day by the magnitude of failed roads.

Okowa, who was conducted round the failed areas of the road by the Commissioner for Works, Mr James Augoye, told newsmen that his administration was intervening on deplorable federal roads because they were critical infrastructure for the socio-economic development.

He said, “we are very much aware that this is a federal road. We complained to the Federal Government but they said it was not in the budget, and gave us the approval to intervene.

“This road and others are very important, especially to our people who are road users.

“It was not passable before now, but you can see that within a period of one week, the contractor handling the project has opened one side of the road.”

Governor Okowa explained that he would approach the House of Assembly for the funds through a supplementary budget as the roads intervention was an emergency.

Aside Benin-Warri highway, the state government is also rehabilitating failed sections of Benin-Onitsha road, especially at the Asaba end of River Niger Bridge and Agbor-Abraka-Eku road.

The Commissioner for Information, Mr Charles Aniagwu, had earlier told the media that the intervention on the roads would cost over N1 billion.