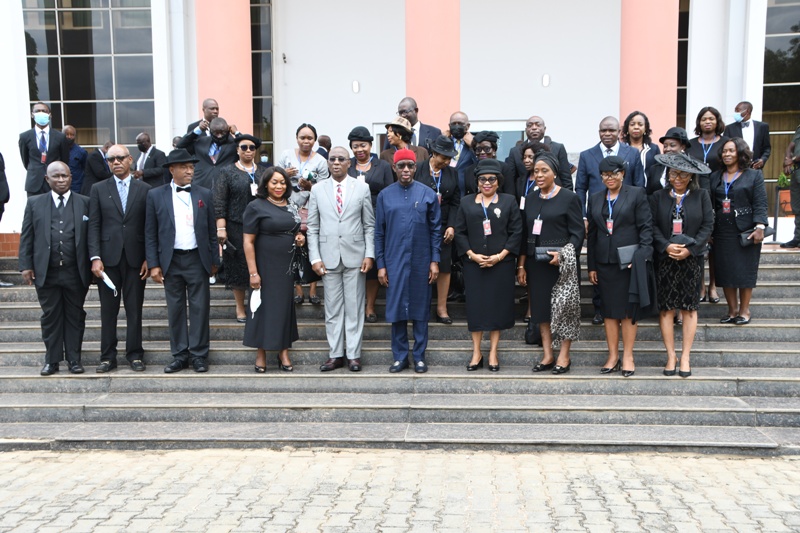 Delta Governor, Sen. (Dr) Ifeanyi Okowa has said that the Judiciary in the state had been accorded full autonomy in line with the law.

Okowa made this known in Asaba on Tuesday, May 18, 2021 when he received the Chief Judge of the state, Justice Marshal Umukoro, who came with other judges in the state’s judiciary to the Government House to intimate the governor of his impending retirement.

According to him, with the signing of Judiciary Autonomy law in January, 2021 and the setting up of the relevant committees by the Chief Judge, the state is ready to begin the process of implementing full autonomy for the judiciary.

The governor stated that the House of Assembly in the state had been enjoying autonomy since two years ago even when some states were yet to start the process till date.

“I have never been against it, and that’s why we went ahead to push for the law. The House of Assembly has been operating their own autonomy since two years even before they started talking about it in this country.

“It has worked; I have not found any reason to regret that action. So, I believe too that there is no reason why the judiciary cannot run its own autonomy.

“I do also believe that it does not stop the arms of government from relating with each other.

“The budgets are made on a yearly basis and the only challenge is that many times we are unable to fund it in full. However, what will be released on a monthly basis will be subject to the returns that come from Federal Accounts Allocation Committee (FAAC),” he said.

He explained that with the commencement of the full process, the Chief Judge had been empowered to effect his own direct approvals without having to resort to the governor.

“I am very happy to do that because it reduces the number of files on my table. So, I want to announce the full autonomy of the judiciary with the setting up of the committees.

“I am not doing this for any gains. I believe that it’s right and just; I believe too that it’s in the best interest of governance in our nation and that’s how we have also thought about it in the House of Assembly.

“I want to generally advise that autonomy does not stop governance from progressing; in fact, it helps governance and I believe that it is something worth doing,’’ Okowa stated

He thanked judges in the state for their role in ensuring delivery of justice.

“So my Lord, the Chief Judge, I want to congratulate you for setting up the committee.

“Apart from the files that are expected to come to my office, I will advise that no further files should be sent because you are now expected to approve your files by yourself because that’s the process of the autonomy.

“We thank God that whatever that has a beginning has an end, and I am glad that you have worked so hard to improve on the judicial process in the state.

“I truly appreciate your service to the state and the relationship you kept with the executive arm of government and my family. It was God who made it possible for you to conduct my inauguration in 2015 and 2019.

“The judiciary in Delta has continued to walk tall and what I hear happening in other states, I never witnessed it here.

“I have never had cause to worry here and I must thank the Chief Judge and all his brother judges for their cooperation.

“It is my prayer and hope that God will continue to be with you in the course of your retirement,” the governor stated.

Earlier, Justice Umukoro had said that he led the judges to visit the governor as part of the valedictory activities leading to his disengagement as a judicial officer and head of the judicial arm of government in Delta.

He expressed appreciation to Governor Okowa for his support to him since he became the helmsman of the judiciary in 2015.

“Since I came on board six years ago, you treated me as a brother and I am grateful for your support even during the death of my wife.

“As Chief Judge of Delta, I can confidently say that we have never had any crisis and we have been able to manage ourselves effectively.

“I am here to deeply appreciate you for supporting me throughout my tenure as Chief Judge of the State and to also thank you for approving the process for the implementation of full autonomy for the state judiciary,” he stated.