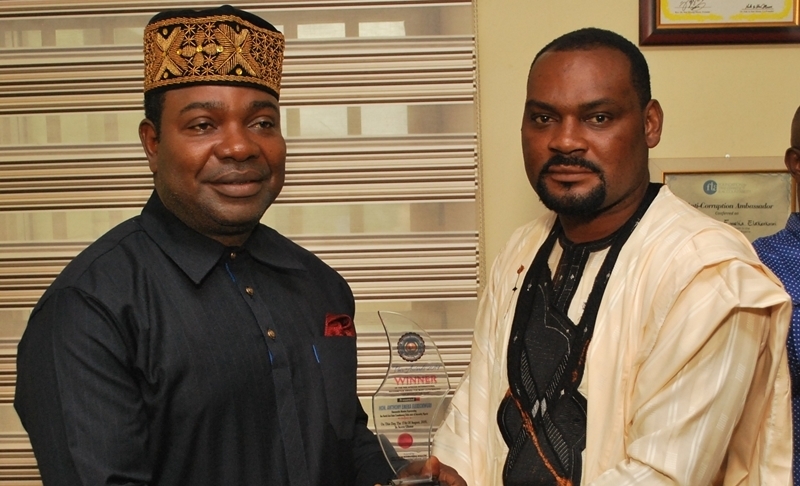 The member representing Ika North East State Constituency in the Delta State House of Assembly, Hon. Anthony Emeka Elekeokwuri, has earned an international recognition award as the Most Outstanding Lawmaker of the year 2019.

Hon Elekeokwuri bagged the prestigious award, championed by the Pan African International Recognition Award (PAIR Awards) at an event which took place on August 17, 2019 at Swiss Spirit Hotel & Suites Alisa, Accra, Ghana, with several dignitaries from all spheres of life in attendance.

Speaking at the formal presentation of the Award at Delta State House of Assembly complex, Asaba, on Wednesday, September 4, 2019, the Chief Editor and Publisher of Pan African International Magazine, Prince David Anyia said that, Pan African International Recognition Award is meant to honour  Africans who have distinguished themselves in their various field of endeavour.

He described the PAIR Awards as a celebration of people, places and value, noting that, Hon. Anthony Elekeokwuri was honoured with this excellence Award as a result of his track records in the Delta State Legislative Arm which he described as commendable. He went further to extol his vibrancy at the House, where he had moved and supported many motions, sponsored bills, effectively chaired the House Committee on Public Accounts, engaged in oversight functions and his people’s oriented empowerment programmes.

Prince Anyia further stressed that the Award was in recognition of these and other numerous achievements of the Lawmaker in the Delta State House of Assembly thus far.

Hon Elekeokwuri in his remarks, first apologized to the organization for his inability to turn up for the programme as slated in Ghana, owing it to tight schedule and unforseen circumstances.

He expressed his deep gratitude to God Almighty for the Award bestowed on him and thanked the  organizers of the Pan African International Recognition Award  for finding him worthy and  honouring him with this prestigious Award. He noted that the Award is a call for further and better representation of his people; Ika North East State Constituency in the Delta State House of Assembly.

He dedicated the Award to God Almighty who he described as his strength and secret, his political mentor and leader; His Excellency Senator (Dr) Ifeanyi Arthur Okowa, the Governor of Delta State and the wonderful people of Ika North East for their continued support and prayers.