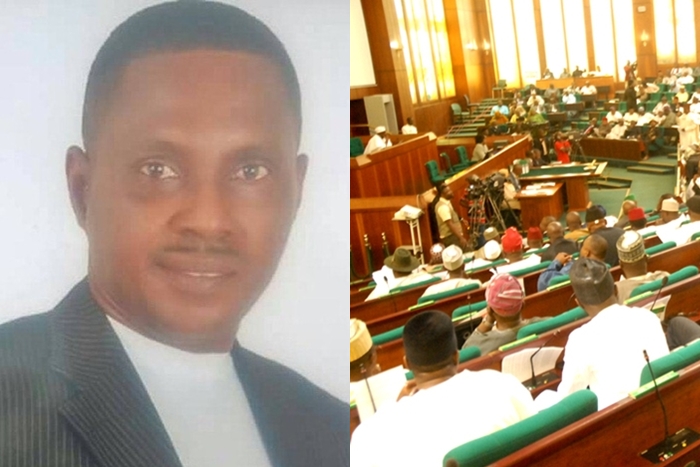 Ahead of the 2019 general elections, stakeholders across the thirty seven (37) clans of the Ndokwa nation have endorsed a former Speaker of the Delta State House of Assembly, Rt. Hon. Olise Enebeli Imegwu as the concensus candidate for the Ndokwa-Ukwani federal constituency seat.

At an enlarged meeting of the stakeholders held in Aboh, the administrative headquarters of Ndokwa East Local Government Area, the choice of Imegwu was succinctly premised on his proven track records of championing the cause of the entire Ndokwa ethnic nationality as well as operating an open door style of leadership.

One of the cardinal decisions reached at the meeting was the enactment of a tripod political zoning arrangement in which the stakeholders agreed that it was the turn of Ndokwa East Local government area to produce a federal lawmaker since the other components of the Ndokwa-Ukwani federal constituency have taken their separate turns.

Various speakers at the meeting took turns to recount the dividends of democracy enjoyed by the Ndokwa nation while Imegwu subsisted as the Speaker of the Delta State House of Assembly, regretting that since he left office, the Ndokwa nation has been short-changed in all aspects of benefits accruing from the ministry of Niger Delta Affairs and the Niger Delta Development Commission (NDDC).

One of the speakers, Prince Igwe Nzekwe, the Chairman Forum of President-Generals of the 37 clans in Ndokwa Nation, maintained that when Imegwu was the speaker, he made sure that all the electrification budget proposals in the three local government areas of Ndokwa Nation received attention, adding that the result of his efforts was that virtually all the communities got electric power supply.

“Suffice it to note that for the past six to seven years now, the electricity system has collapsed leaving the affected communities in total darkness without any representatives at any level of governance calling for the attention of relevant government agencies”, he added.

He lamented the injustices being done to the Ndokwa people, noting that a situation where all the jobs of the Ministry of the Niger Delta and that of the Niger Delta Development Commission NDDC meant for Delta North are being cornered to other areas in the zone leaving the crumbs to the Ndokwa Nation, which is the oil producing, cannot happen when Imegwu is in the office.

According to him; “Hon. Ossai N. Ossai who is currently representing the Federal Constituency made a commitment to Ndokwa East LGA in the build up to 2015 general elections, that after his second term, he will not seek office but will support Ndokwa East to assume the post come 2019, a disqualifying fact if he reneges.” Nzekwe recalled.

Another speaker, Mr. Achi Uwadia from Ogume, Ndokwa West LGA, recalled how Imegwu projected the interest of Ndokwa nation during his seven month stay at the House of Representatives, noting that the former lawmaker was so vocal that his colleagues referred to him as ‘point of order’.

He said, “the procured judgement that terminated the good representation offered by Rt.Hon Imegwu at the House of Representatives did not dampen his spirit, rather he chose to transform the perceived negative condition and made a good use of the opportunities by enrolling as a law student at the Delta State University, Abraka.

“He operates an open door policy: this is a quality anyone that has come in contact with Imegwu can attest to. He never discriminates and he addresses the needs of the people irrespective of the communities involved.

“Imegwu is one politician in the Ndokwa land that has genuine love for the people. He hates injustices no matter the guises. He has the passion to serve the people. This is why we want him to represent us come 2019”. Uwadia added.

In his remarks, Imegwu said that since it is the will of the Ndokwa people that he should put an end to the poor representnation of the constituency, he has no choice than to heed their call.

He admitted that the task is a daunting but expressed optimism that God will provide the requisite human and material resources needed to actualize the lofty dream.

He said: “It was the will of God that I should be removed from office. Look at the marginalisation of the Ndokwa people in terms of project allocation who is there to speak? Nobody. I feel so happy that the people now realised my impacts, they now call for my return.

Continuing; “When Aboh road was awarded, I almost slept with the contractor on the road on daily basis to ensure a speedy and quality job on the road, today who can do that? Fighting for the masses runs in my blood and I will continue to do that by the grace of God. I chose to study law to further develop myself. As a student i was in the hostel with three students staying together in a room, using same bathroom. I did that to further feel the pain of the people, to learn people more. Very few people knew my status. My attendance to class was 100 percent. I was not those that seat at home during class hours only to call lecturers after exams. I chose to be like the ordinary person so that i will be able to serve humanity better.” Imegwu stated.

On the marginalisation of Ndokwa Nation by the NDDC, Imegwu said: “70 percent meant for awarded projects which is not implemented for Ndokwa nation but are being implemented in Itsekiri, Urobho, Ijaw and Isoko communities, must be done for Ndokwa nation. See Ibusa, Asaba, Issele- Uku and so many other communities NDDC projects abound, credit to their Representatives, I will correct the imbalance when i am elected.” He added.