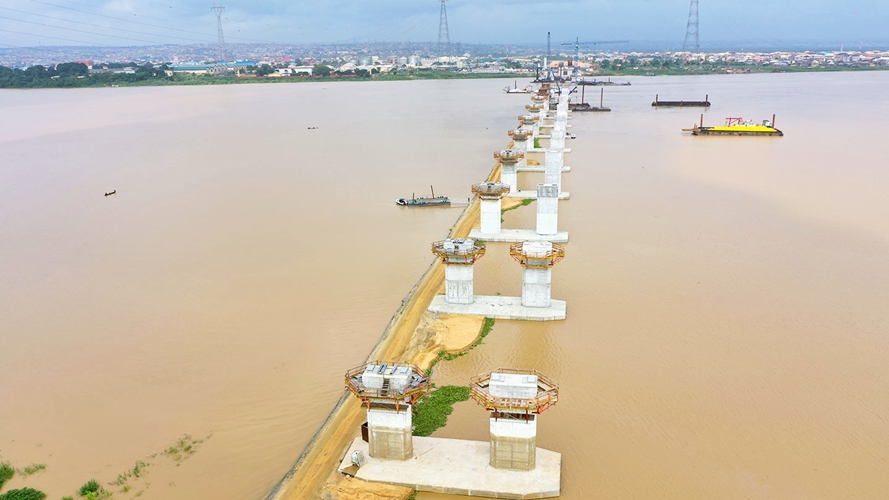 Ten Host communities of the Second River Niger Bridge project located between Onitsha, Anambra, and Asaba, Delta States, on Sunday, September 22, 2019, shut down activities at Julius Berger Construction Company Office, BridgeHead Onitsha, Anambra State in protest against what they alleged was a failure by the company and its Project Director Mr. Fredrich Wieser to keep to the agreement with them.

Speaking through some of their community Liaison Officers the communities accused the Project Director of high handedness, refusal to keep to the local content agreement with them and racism in discharging his duties.

The ten host communities, five from Anambra State, namely Onitsha, Obosi, Okpoko, Harbour, Odoekpe, while the others from Delta, being Oko Amakom, Asaba, Idoko Madu, Power Line, and Okwe, warned that Julius Berger worker is not welcomed in their communities unless the disagreement was resolved.

“He sacked almost 90 percent of indigenous workers, both skilled, semi-skilled and unskilled workers contrary to our local content agreement and has been employing his friends and foreigners, we are supposed to be given contracts like supplying of sand, stones, and other small contracts as contained in the local content agreement, but he has refused to honour the agreement.”

ALSO READ:  THE ARENA: Omo-Agege and His Shameless Lies

According to Chief Agbakoba, “We are not saying that work should stop on Second Niger Bridge, but we are saying that the Project Director Mr. Wieser, must leave, he does not have regards for the host communities and does not have manners of approach to the communities and above all, he is exhibits racist behaviours and we can no more tolerate that.

“Mr. Wieser is very high handed, that there are a lot of benefits given to host communities that the Project Director is denying us, and other local contents agreement we entered with the company which he has been denying us, we want him to be replaced by another person.”

Enebeli on his part said, “some of our communities cannot access their homes in Delta State, they have blocked our roads with sand and we have been begging and writing the Project Director since July, to instruct his men to clear the heaps of sands so we can access our communities, but he ignored us, we use Canoe to move in our areas now.

“We appealed to him to instead of sacking our people on redundancy because he is saying they are not working because of rains, he should give them stood off so they can start when the rains are over but he refused.”

However when contacted Engineer Adeyemo, he said he was in a filling station, but has tried to intervene in the matter, he claimed started two weeks ago, he, however, noted that the demands of the host communities are complicated.