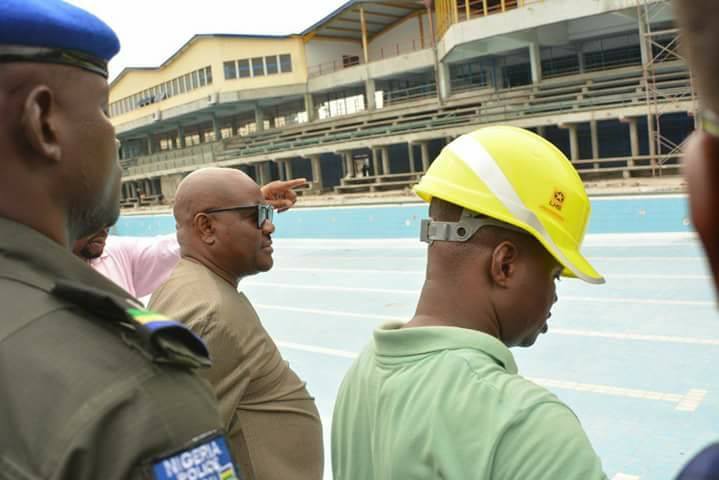 Governor Nyesom Wike has stated that his administration is investing in the development of sports facilities to engage youths in meaningful sporting activities in Rivers State.

Addressing journalists after inspecting ongoing remodelling sports facilities of the Diete Spiff Civic Centre on Wednesday, Governor Wike said that sports will engage youths and ensure that they shun crime.

He said that hundreds of youths will be encouraged to embrace sports because it is also a source of empowerment.

The governor noted that the sports facilities at the Civic Centre will be modernised to serve this era.

He said: “Sports is a major component of the GDP of many countries. Here in Rivers State, we are developing sports facilities to ensure that many youths embrace sports.

“Those who will be involved in sports will have no time to participate in crime and social vices”.

The governor specifically said that the swimming pool, lawn tennis courts, badminton courts and the hostels at the centre are being recreated by his administration.

He said that the remodelling of the sports facilities at the Civic Centre is the second phase of his administration’s intervention in Diete Spiff Civic Centre.

Governor Wike said that the first phase of the remodelling was completed in August 2016, which made the facility available to host the 2016 NBA General Conference.