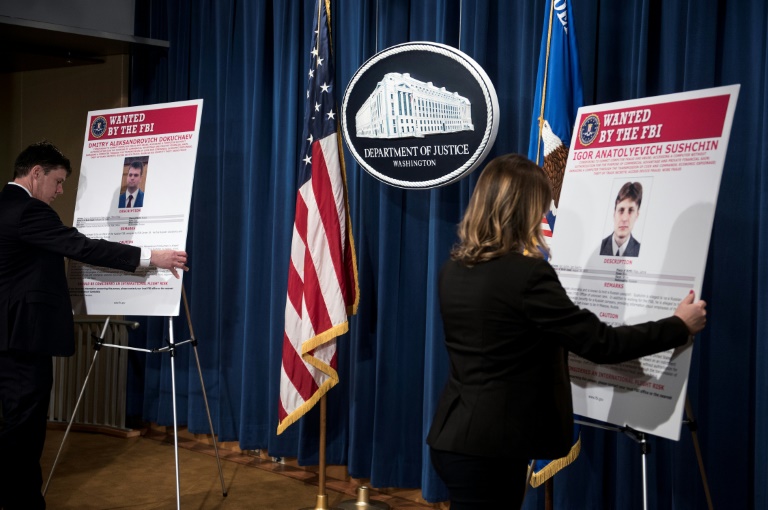 Two Russian intelligence agents and a duo of hackers were indicted Wednesday over a data breach that compromised 500 million Yahoo accounts in one of the largest cyberattacks in history.

The indictment announced by the US Justice Department links Russia’s top spy agency, the FSB, to the massive hacking operation which began in 2014 with the twin goals of espionage and financial gain.

It comes amid a high-stakes investigation into Russian cyber-meddling in the US election, potentially aimed at boosting the campaign of President Donald Trump.

The Russian agents were identified as Dmitry Dokuchaev and Igor Sushchin, both members of the successor agency to Russia’s KGB.

Dokuchaev was an officer in the FSB Center for Information Security, known as “Center 18,” which is tasked with investigating hacking and is the FBI’s point of contact in Moscow for cyber crimes.

The 33-year-old Dokuchaev was reported to have been arrested in Moscow earlier this year on treason charges. He is accused of directing the Yahoo hack along with his superior, the 43-year-old Sushchin.

They are accused of hiring hackers Alexsey Belan and Karim Baratov to carry out the attacks, which continued until late 2016.

Targets of the Yahoo breach included both Russian and US government officials, including cyber security, diplomatic and military personnel, according to McCord, who said it aimed to gather information “clearly some of which has intelligence value.”

She added that “the criminal hackers used this to line their own pockets for private financial gain,” seeking to cash in on the breach by accessing stolen credit or gift card numbers, and through a series of spam marketing schemes.