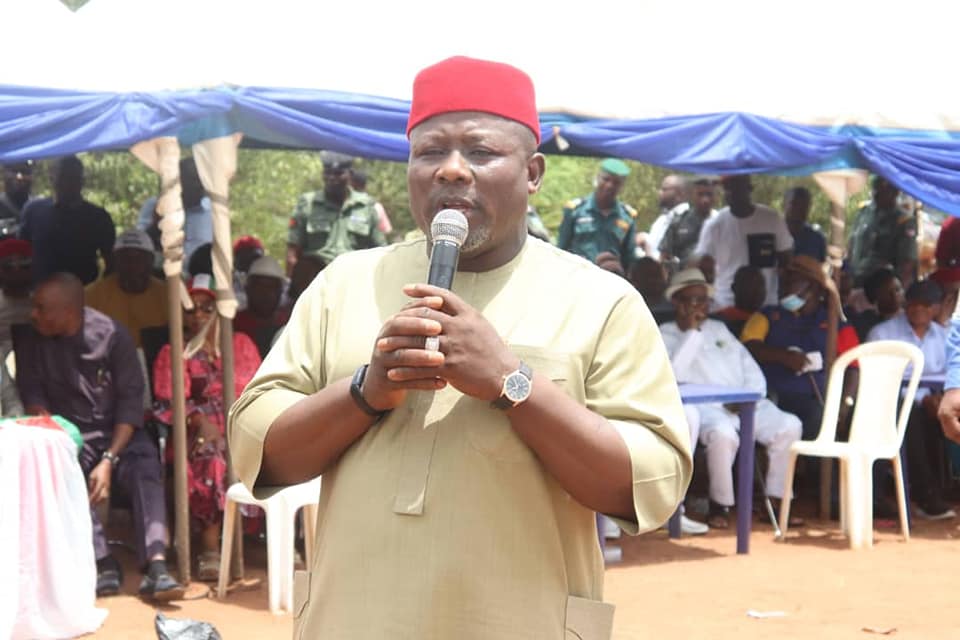 The hazy confusion is clearing; the obscuring agent of deliberate and depraved lies concocted to obfuscate the truth about the persona of the Speaker, Delta State House of Assembly, and PDP governorship aspirant Rt. Hon. Sheriff Oborevwori, seeking to fly the ticket of his party in the 2023 governorship battle for the Unity House, Asaba, is now transparent and able to be seen clearly.

The serial blackmailers have called the gentleman names; terrible and disgusting names, and disseminated falsehood in extremely sentimental speech and writing; in order to give him the proverbial bad name and hang him. But try as they could, the spins from the publicity mills of the detractors, some of whom are even aspirants, have failed to meet their expectations.

The observing loyalists of the Peoples Democratic Party (PDP) in Delta, are not convinced and so have continued to rebuff such inglorious false disseminations, holding intact their support for Oborievwori, proving that they are SHERIFFIED and are resolute about it.

The lies against Sheriff came in various forms: In one, he was labeled as having not gone to school and so not properly educated. In another form, he is said to have been a street man and Motor Park person. The truth, however, is that Rt. Hon. Sheriff Francis Orohwedor Oborevwori has a rich and excellent profile.

Born on the 19th of June 1963 to the family of Chief Samuel Oborevwori of Osubi in Okpe Local Government Area of Delta State, he started and completed his basic education at Alegbo Primary School, Effurun in 1977 and later attended Oghareki Grammar School, Oghareki for his secondary education. He was then admitted into Ambrose Alli University, Ekpoma, Edo State, where he obtained a B.Sc. Honours degree in Political Science.

He topped this later also with a Masters degree, still in Political Science from our own Delta State University, Abraka. Put in proper perspective, Rt. Hon. Sheriff Oborevwori, is not only a politician in practice, he is also a certified Political Scientist, which is the academic component of the fine art of politics.

In his quest for more knowledge, experience, capacity building, and self-development, Oborevwori has attended various courses and obtained certificates from various institutions, as well as membership of reputable organisations. They include:

• Certificate in Advanced Leadership Programme, University of Cambridge, UK; among others.

He is also a recognized member and fellow of leading highbrow and top-notch institutes and establishments including;

• Fellow of the Institute of Chartered Mediators and Conciliators (FICMC).

As the political scientist that he is, it was not a surprise that he necessarily had to venture into politics, to practice what he had learnt in the classrooms on the political terrain. And the experience culminated in his possessing a rich and enviable resume having held offices as follows:

* Re-elected as Speaker in the 7th Assembly in 2019, thereby becoming the first Deltan to serve as Speaker from one Assembly to another Assembly, as well as the longest-serving Speaker of the Delta State House of Assembly.

* Deputy Chairman, Conference of Speakers of State Legislatures of Nigeria (2020 to date).

It is important to let his traducers and cynics know and understand that the above offices held by Sheriff Oborevwori, underscore his sterling reputation as a very solid and responsible personality; a man of ability, capacity, and capability, imbued with features that distinguish him as a leader and politician of worth; a grass rooted politician, who has interacted and continues to interact with the hoi polloi, the wealthy, educated and cultivated elite.

Rt. Hon. Sheriff Oborevwori is a complete homegrown politician, just like some of our well-respected leaders before him, who is intelligent, astute, very stable, firmly focused, yet humble, warm and accommodating detribalized Deltan, who can relate and interact freely and comfortably with people and is always interested in their welfare. He does not need to rely on a packaged profile, like some aspirants, for as the popular Latin saying goes: “Res Ipsa Loquitur” (the thing speaks for itself). He is a man of the people.

It is, therefore, given that a man with this rich pedigree, should not sit back when the opportunity for higher service beckons. It is similarly significant to point out that Rt. Hon. Sheriff Oborevwori has proven himself to be a man and politician of value, a man with a high sense of valour and value for the human person, no matter their level and status. It is the reason he is at home with his peers and colleagues, the downtrodden, exploited and helpless, the rich and well off, the wealthy and affluent, and the less privileged, indigent and disadvantaged.

This mix has actually put him in the straitjacket to throw his hat into the political ring once again for the higher office of the governor of Delta State and the realization that Sheriff Oborevwori has remained determined and focused on his mission to get to the Unity House of Delta’s Government House, Asaba by seeking to fly the PDP flag in the 2023 governorship elections, despite the tantrums, abuses and degrading tirades thrown at him to intimidate, frustrate and make him back out of the mission and vision he set for himself, speak volumes of him as a dogged and rugged politician that can never be moved by such irrelevances. It is the stuff that pacesetters are made of.

It thus cannot be faulted that Rt. Hon. Sheriff Oborevwori represents the Continuity and Consolidation that is necessary for our times. He is a familiar face with a fresh vision; a bridge between the old and the new. Hence, his mission and quest to occupy Delta’s Unity House, Asaba come 2023, is to extend the frontiers of human capital development, Agricultural expansion, job creation, Health reforms, infrastructure renewal, and indeed, peace and security that have all been established by previous administrations in the State.

With the gubernatorial choices now before Delta’s PDP delegates, it has become imperative to urge them to remain resolute in their belief in Rt. Hon. Sheriff Oborevwori who, far and above every other consideration, is a loyal, committed, victorious and unwavering party man.

It is important to urge Delegates to go for a homegrown, intelligent and astute politician, who can relate with people; one who understands the people and can relate with them in their anxieties and celebrations; one that is interested in their welfare, understands their language and is right at home in the social and cultural locales and milieu, not like a fish out of water faking and forming ‘home boy’ just to score cheap political points.

Rt. Hon. Sheriff Oborevwori is the original Delta man in the guber race and as the Naija saying goes: “If e nor be Panadol, e nor fit be like Panadol”.

UPU Is Not A Registered Political Party; Its Endorsement Is Inconsequential To PDP Primaries – MSD
Our Stand on the Unwarranted Attack on Olorogun David Edevbie by Chief Mike Loyibo
Advertisement