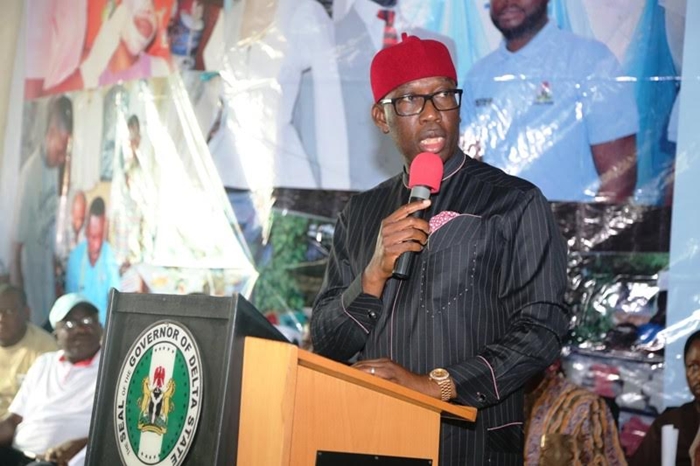 Governor Ifeanyi Okowa has said the multi-billion naira Independent Power Plant (IPP) project in Oghara will gulp much more money before it can come on stream.

The Governor who had a town hall meeting with the people of Ethiope West local government area, stated that adequate power supply was required to boost the socio-economic life of the people.

Former Governor of the state, Chief James Ibori led a cream of politicians to attend the Town Hall meeting where Governor Okowa disclosed that with the economic realities of the country, it would be difficult for the state to solely sponsor the IIPP Oghara Project.

“We have to study the project, if I tell you that it will be functional during my administration, I will be telling you lies, a lot have been done, but, we have done the calculation but, it is obvious that we ‘cannot execute the project as a state’ for now because, the project will gulp over N20 billion.” he said.

Continuing, he said, “there are two options, either we enter into private partnership with the private sector or to outrightly, sell the IPP to the private sector so that it can make the project functional, so as to create jobs for our people and other benefits derivable.”

The Governor also, used the occasion to clarify issues concerning funding in the state, asserting that with the country, officially in recession, revenue to the Federal Government and other tiers of government was affected.