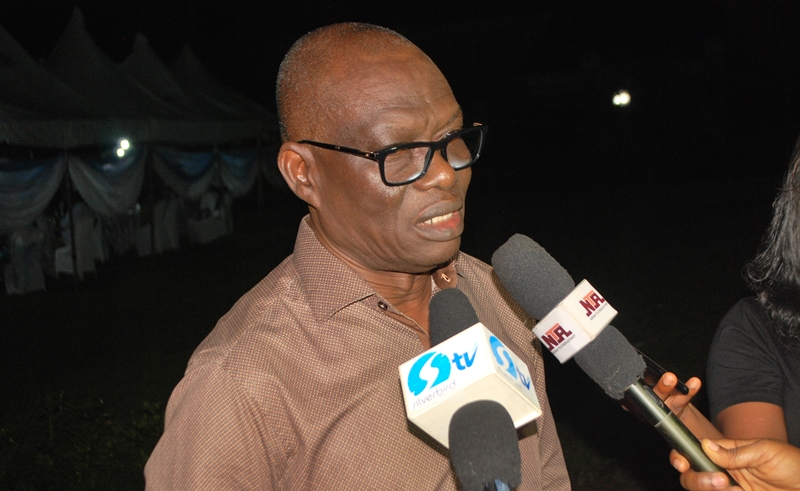 The need for history to be accorded its place in the parliament of development has been underscored by the Director General, Warri Uvwie and Environs Special Area Development Agency (WUEDA), Comrade (Chief) Ovuozourie Macaulay.

Playing host to the college of members and executive of the Historical Society of Nigeria (HSN) who are in Asaba for their three days 64th annual conference, Macaulay lamented that the result of negligence history suffers, was currently telling on the country’s development, hence, deliberate efforts should be concerted to consolidate the revival of the subject matter in academic curricula.

He commended the society’s effort of taking their annual conference out of academic geographic confines to allow for society’s penetration.

According to him, the dinner was his modest manner of supporting strategic attention for the development of history in Nigeria. “This is the first time in 64 years that the society is taking the event out of academic confines. It’s a feat. It’s happening and for the first time in Delta State. This hospitality is my little way of encouraging the development of history in Nigeria.” Macaulay stated.

In his vote of thanks, Prof. Christopher Ndubuisi Ogbogbo, applauded Macaulay’s contribution to the success of the conference as well as his support for the development of history.

“Macaulay has proved to be very helpful in the planning and execution of this august event. A brief chat with him, exposed me to the fact that he is a man who has paid his dues in the politics of Delta State. His support for us so far, dwarfs this reception which looks so grand. We thank him and hope that we will get more of this.” He stated.

Earlier, HSN’s President, Prof. Okpeh Ochai Okpeh, his Vice, Prof. Samuel Aghalino and a former President, Prof. Yakubu Ochefu respectively, said this year’s version of the conference was special due to the certain peculiarities surrounding its planning and execution.

“This is the first annual congress of this body outside the university campus. This year is special to us because we are interacting with non-historians for the first time. With this we can imagine that we are moving forward. It will support our nation building drive.” Okpeh said.

Aghalino said the challenges inherent in writing history are getting aggressively intense than ever, and as a consequence, a conference of this magnitude was an ample scope to debate reforms.

Nevertheless, Ochefu maintained that though the consumers of history in modern times were getting more dispassionate about it, the society which is the oldest assemblage of professionals in Nigeria was unrelenting in setting the records ever straight.

The dinner party was what it should be; a colossal jousting for the prize of who came first in being overfed. An extravagant affair.