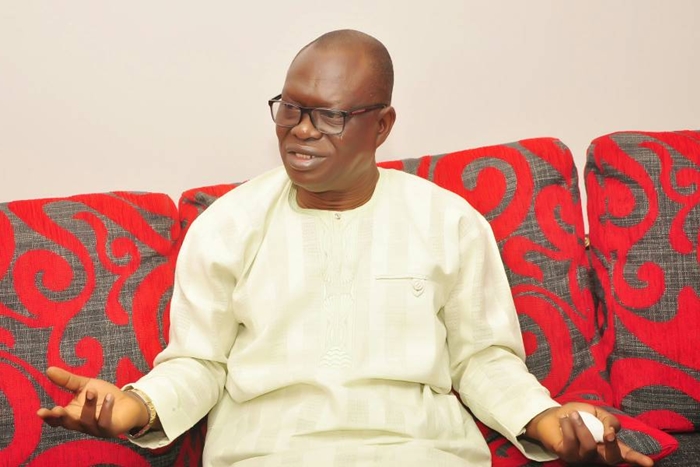 A former Secretary to the Delta State Government (SSG), Comrade Ovuozourie Macaulay has blamed the inability of labour to agitate for the workers’ welfare on general infrastructure decay and lack of development.

Besides, he claimed that labour leaders have been incapacitated by selfish penchants and the quest to use the labour movement as platform to liberate themselves economically.

Speaking on the heels of the 31st anniversary of the creation of Delta State, the pioneer chairman of the State Council of Nigeria Union of Journalists (NUJ), argued that the present day labour movement was characterized mainly by armpit file-carrying leaders.

According to him, the current labour leaders go cap in hand, with files in their armpit, from one government office to another begging for assistance.

“Today whether we like it or not labour has become a parastatal of government and that is why it is difficult to go out on a true agitation; because morally and in true conscience you cannot face a man that has just given you a car or money to bury your mother or father and want to condemn his government. It is not possible.

“In our time the agitation was about the workers and that was why it was easy because you can threaten the government and say this is what we want for the workers; if it says no, whatever it sees, it takes. So, it is easy to manage the workers themselves; when you tell them tomorrow don’t come to work, labour has spoken, they will obey because they know it’s in their interest.

“The only thing I can tell people is that, if you know you have not liberated yourself from the shackles of poverty, don’t go into the labour movement to liberate your family.

Macaulay who was also a former chairman of the State Chapter of the Nigeria Labour Congress (NLC), contended that the ability to agitate for workers rights has gone down to the extent that It seemed like it was now every man for himself.

This, he stressed, explained why when some workers are corrupt, adding that if you do not want your workers to be corrupt, pay them well and motivate the workers with other auxiliaries that go with the salary.

“So he has no reason to be corrupt because if his child or wife is sick there is a hospital where he pays no bill. He has an annual leave that can take him and his family on vacation.

“But when you have a worker that is confined to only his salary, he is bound to be tempted to accept gratification from somebody. The situation we are in today; you may blame the labour leaders but you also blame the system. It’s on both sides and this is not peculiar to Delta State.

“So I think the lack of development in this country has been responsible, and it is one of the root causes of the high level of corruption in the civil service.