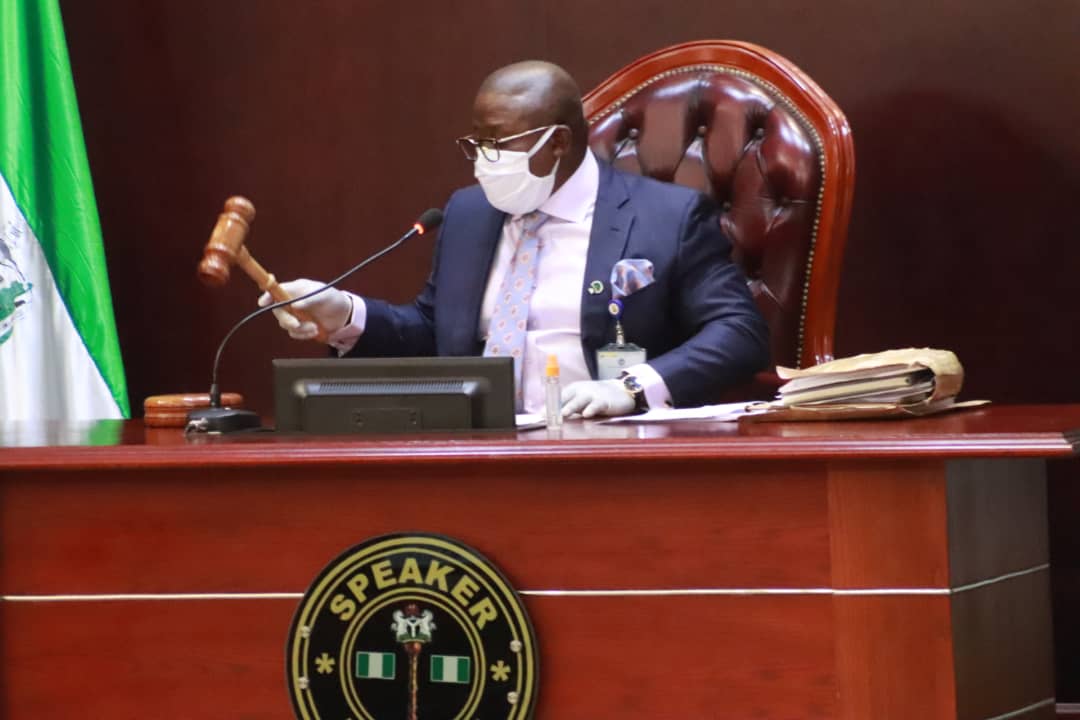 The bill for a law to amend the 2020 Appropriation law has been passed by the Delta State House of Assembly.

The passage of the bill was sequel to a report presented at Wednesday’s plenary by the House Committee on Finance and Appropriation.

Presenting the report on the floor of the House, the Deputy Chairman, Finance and Appropriation Committee, and Member representing Ika South, Hon. Festus Okoh said the Committee painstakingly examined the proposed amendments in the bill, vis-a-vis the 2020 approved budget.

He said the Committee found out that the proposed revised 2020 Budget was caused by the raging COVID-19 pandemic which triggered a sharp drop in the prices of crude oil and slide in the exchange rate with its attendant effect revenue accruable to government.

Briefing members on the recommendations of the Committee, Hon. Okoh appealed to them to approve and pass the total re-alignment to the sum of two hundred and seventy nine billion, seven hundred and eighty-four million, eighty-eight thousand and forty-five naira as the amended 2020 Budget.

The bill was read for the third time on the floor of the House and later passed after a voice vote.

Addressing the lawmakers on the successful passage of the bill, the Speaker, Rt Hon Sheriff Oborevwori, said the downward review of the 2020 Budget was necessitated by the devastating effect of the COVID-19 on the economy, and commended the State Governor, Senator Dr Ifeanyi Okowa for his foresight in presenting a revised Budget to meet the realities on ground.

“Esteemed Colleagues, I salute all of us on a job well done. Approval of Government expenditure is one of the key functions of a Legislative House and this is what we have all demonstrated today”, he said.

According to him; “These are extra ordinary times, the  outbreak of COVID-19 has affected the economy of countries all over the world, I must therefore, thank His Excellency, Senator Dr Ifeanyi Okowa, for his foresight in seeing the need to present a Revised Budget for year 2020 to meet the realities on ground. My dear colleagues, it is  imperative that as an arm of government, we continue to support the Executive to see our dear state through these trying times”.