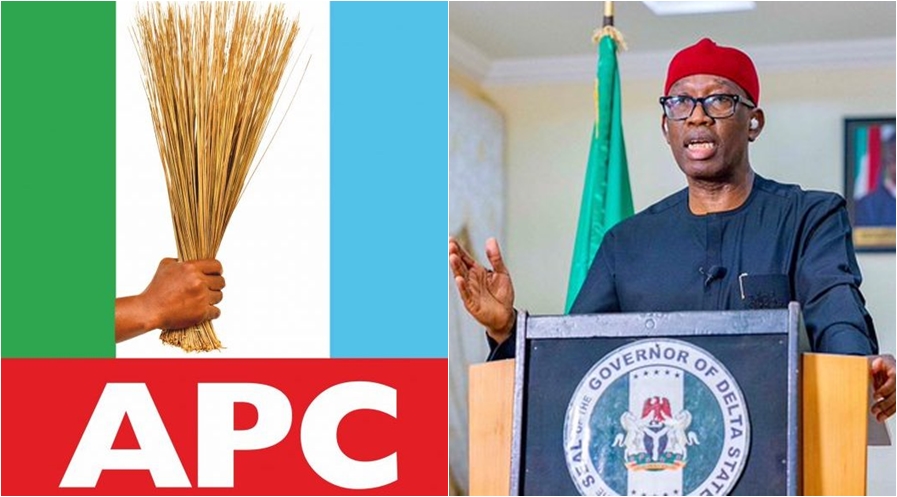 Recently, President  Muhammadu Buhari told Nigerians during an interview on Arise Television, of his encounter with two States’ Governors from the Western Part of Nigeria. According to Mr. President, he was blunt in telling them that issues of insecurity are meant to be tackled by the Governors, the Local Government Chairmen and even the Traditional Institutions, not only the President of the Nation.

Delta APC does not agree less with Mr. President’s position because it is an indisputable fact that the governors and council chairmen collect monies in millions and billions of naira as security votes on monthly basis. Unfortunately, most of them see these monies as personal monies (awoof), for which no one can question them!

Some days ago, there was an online security threat, purportedly emanating from some misguided persons masquerading as die-hard Islamists! The said security threat caused widespread furore within and without Delta State. Meanwhile, a group of known Fulanis in the State came out to condemn the said threat and dissociated themselves from those emissaries of rift and bloodsucking demons.

While Delta APC agrees that issue of insecurity should be of concern to all and sundry, we posit  that the Governor of Delta State has the primary responsibility of ensuring that the lives and properties of Deltans are protected. The position of Delta APC is reinforced by Section 14 (2) (b) of the 1999 Constitution as amended.

Undiluted Information at the disposal of Delta APC is that His Excellency, Sen. Ifeanyi Okowa collects an average of #2Billion on a monthly basis as security votes. But it is shocking that those humongous amount of money is not used for the purpose for which he collects it. Rather, he uses the monies as his personal funds that must not be question or accounted for!

It is an incontestable fact that the said security votes he collects on a monthly basis can conveniently and/ or to a large extent take care of buying of sophisticated electronic gadgets, functional vehicles, and weapons for security personnel to combat crime in the State, and payment of stipends to local Vigilante in Delta State.

There is no gainsaying the fact that local Vigilante are familiar with the terrains they provide security for. That is, partnering with them can in no small measure help in tackling insecurity in the State.

Sometimes last week, Lagos State Government spent billions of naira in procurement of vehicle and security equipment for the Nigerian Police and other security outfits. The effect of this good gestures can better be imagined. Today, Lagosians are happier with that.

The Governor of Delta State must not, and should not put up a defence of not being in control of security personnel in the State. The reason being that whenever the Governor wants to carry out any dirty and selfish actions and/ or something that is meant for his personal gains, the security personnel are not seen as attachee of only the Federal Government. Rather, the Governor sees them as partners in progress. Delta APC there state without any air of equivocation that the security High Command can work with the State Government when the needful is done in area of partnership/funding.

Delta APC therefore challenges the Governor to up his game in the area of protection of the lives and properties of Deltans. There should be no room for complaints of not being in charge of security.

The Governor should spend the security votes (monies) he collects from the State treasury every month for security related matters, as the monies are not meant for his private pocket.