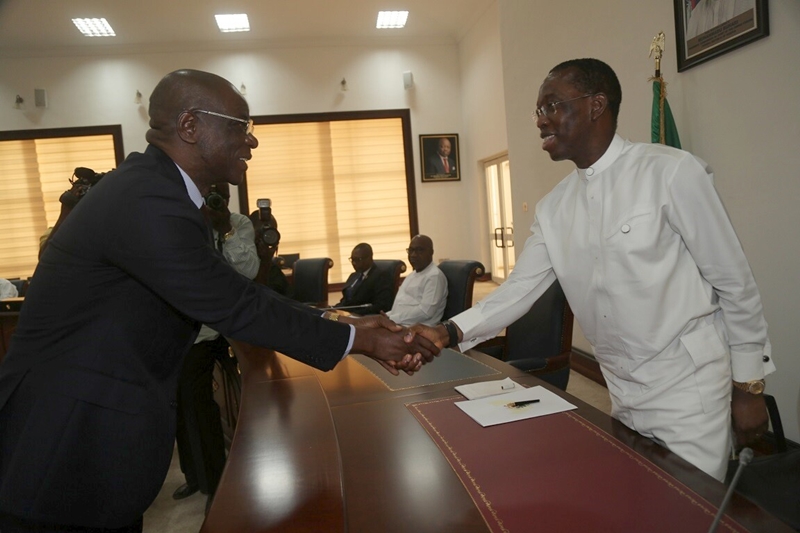 Ahead of the 2023 governorship election in Delta State, a pan-Delta socio-political group, Delta Icons (DI), has been inaugurated to foster unity, equity and accommodation of the interests of all Deltans in the choice of who succeeds Governor Ifeanyi Okowa.

The group, whose primary interest is to promote inclusive governance and development of the state, has as its chairman, Justice Vincent Ofesi, a retired Judge of the Delta State High Court.

The group has prominent Deltans including professionals, religious leaders, community leaders and accomplished rights activists drawn from the three senatorial districts and all ethnic nationalities in the state as members.

Justice Ofesi, in his inaugural speech on Tuesday in Asaba, said the group was basically formed to create a greater, united, industrialized and prosperous Delta using the engine room of politics that will put the people first.

The Retired Judge commended the administration of Governor Ifeanyi Okowa for its developmental strides in the last six years, saying Deltans are happy with his pragmatic leadership.

He added that the group will work to ensure that the governor’s achievements in the areas of infrastructure, health care, education, rural-urban development and others will be sustained.

The DI chairman said the group believes in fairness and equity that is rooted in the existing power sharing arrangements in the state even as the 2023 general elections approach.

He noted that Delta Icon will collaborate with government to pursue policies that will make the state a model of industrialization, prosperity, employment and security for its citizens.

Stating the objectives of the group during the inauguration, Justice Ofesi declared that DI seeks to make Delta State a bastion of wealth, industry, prosperity and employment, peace and security. The group also seeks “A Delta State that will  attract Nigerians from all sections of Nigeria and abroad as a place of employment, empowerment, wealth creation, economic opportunities and stability.

Furthermore, the Delta Icons seek a “Delta State that is not only the first and best in sports, but in all indications of development, including infrastructure, economic growth, industrialization, resource mobilization and utilization, employment, agri-businesses, social service delivery and citizen welfare and wellbeing.

The group would ensure that the political leadership that is capable of moving politics and the political structure and its dynamics beyond personality cults onto a broad, popular, and inclusive platform for transforming governance is continued in the state ”

He assured that the group with the calibre of its members will vigorously mobilize Deltans in selecting the best candidate that will actualize its “pan-Delta dream” of an industrialised and developed state.