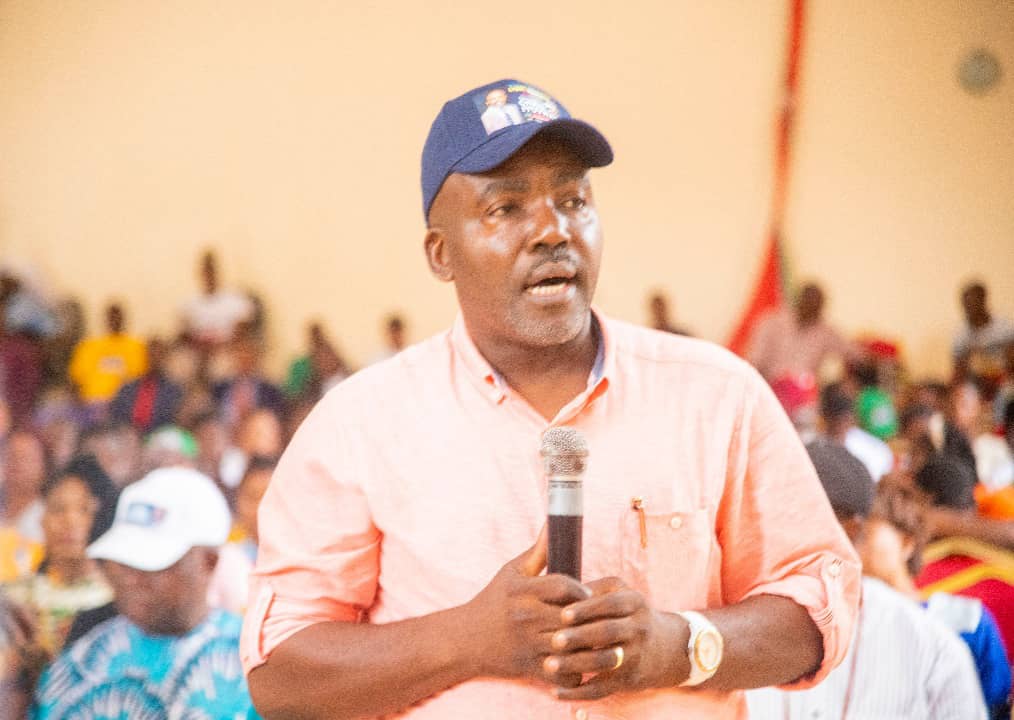 A cleric and front line gubernatorial aspirant of the Peoples Democratic Party, PDP, Deacon Chris Iyovwaye has officially declared to govern Delta state and as well consolidate on the SMART agenda of the incumbent governor, Dr. Ifeanyi Okowa if he is elected as the candidate of the party and eventually as governor of the state

Deacon Iyovwaye made the disclosure on Thursday April 7 when he expressed his interest in the governorship race, at the party’s Secretariat, in Asaba, pointing out that he has the capability to bring enviable development to the State.

While Addressing the party’s stakeholders, the renowned business mogul restated that his SMART PLUS agenda, if elected would predicate upon security, education, health and industrialisation of Delta”, noting that those are his motivations.

“By the grace of God, I have what it takes to develop the state. Our present Government’s agenda is everywhere. The agenda is going to dwell on security, education and to industrialise Delta. I make bold to say that industrialization is what we need.

Deacon Iyovwaye an illustrious son of Aghalokpe in Okpe LGA, described Government as a continuum, stressing that he is determined to imbibe the attributes of past Governors who had, according to him, left footprints in the sands of time, insisting that “no one can succeed unless we understand the dynamism of continuum in government.

“I want to recognize the legacy of Ibori, Uduagha and his Excellency Dr. Ifeanyi Arthur Okowa.”

The prospective Governor of Delta State amidst optimism, maintained that his interest in succeeding Okowa was borne out of his unflinching confidence in the value he can bring to the state, while applauding the Governor for his existing SMART AGENDA which he noted had yielded tremendous development of the ‘nooks and crannies’ of the State. “I’m interested in the governorship of Delta because of the value I think I can to bring to Delta because Delta, as it is has everything inside.

“As a matter of fact, our amiable Governor, Dr. Ifeanyi Okowa has exhibited his SMART AGENDA and in adding to that SMART AGENDA, I’ve been able to identify a number of areas. And some of the reasons I’m motivated in this office is that week in week out, I engage with our youths. And I’m proud to say that gathered here today is a lot of them. I see their needs and I believe that the agenda that we bring to the table that will address issues like energy, education, industrialization and health care. I believe that if marshalled out, most of the youths you see week in and week out can be brought in and make their lives meaningful.”

The PDP State party chairman, Olorogun Kingsley Esiso, commended the governorship hopeful, describing him as “a good party man” and lauding his SMART PLUS AGENDA.

Olorogun Esiso, commended Deacon Iyovware saying “You spoke wonderfully well. I particularly appreciate your acknowledgement of what our dear Governor has done. I appreciate your agenda. SMART PLUS AGENDA.

“It’s simply to add to what is on ground. It’s just to add value to what we have. Development is a continuous process.”

The party boss, urged Iyovwaye not to relent in making do his campaign promises, saying “it is always good for aspirants to have vision and you should also bring your vision to fruition.

“For you to come out, you must have a clear vision. I can testify that you have the vision. Our job as party leaders is to give all our members equal opportunity. We provide equal opportunity for all.” Esiso noted.

I Will Consolidate On Achievements Of Governor Okowa – Oborevwori
7th Term Ambition: Give us a Chance, Patani Leaders Beg Okowa, PDP, Others to Prevail on Mutu