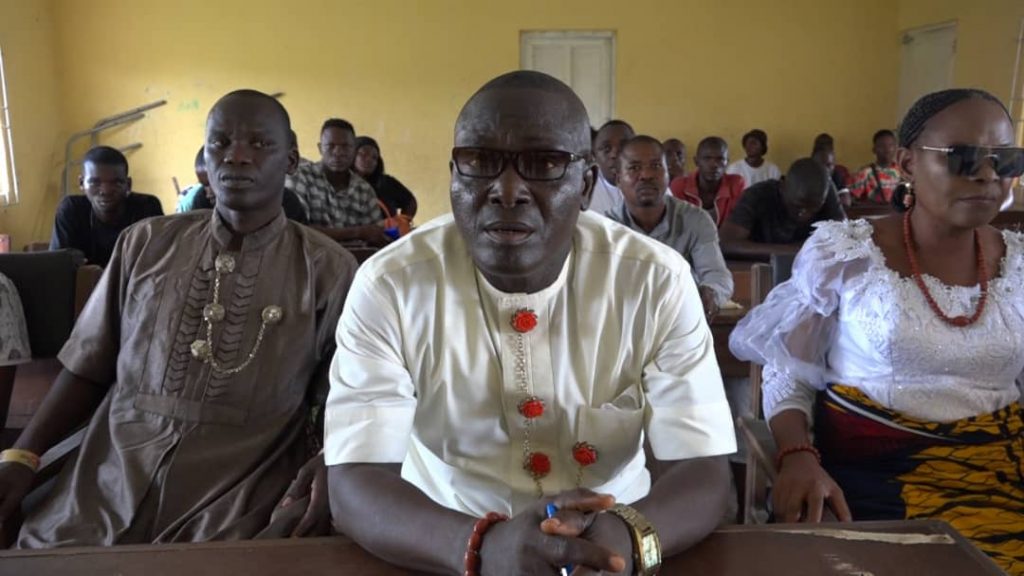 The people of Patani Local Government Area in Delta State have called on Governor Ifeanyi Okowa, the State Chairman of the Peoples Democratic Party, PDP, Olorogun Kingsley Esiso and the National Chairman of the party, Senator Iyorchia Ayu, to cede the Bomadi/Patani House of Representatives seat to Patani to give the people a sense of belonging and inclusiveness in line with the party’s constitution and the Federal Character Principle enshrined in the 1999 constitution as amended.

Addressing the media at a press conference in Patani, headquarters of Patani Council Area, High Chiefs Thursday Dafeta, Mary-Anne Okoro and Elder Boss Ekperiware who spoke on behalf of others said the call became imperative in order to address the injustice, marginalization and exclusion of Patani LGA in the Bomadi/Patani House of Representatives seat from 1999 to date.

Cross section of Patani stakeholders at the press briefing

While debunking rumours that he denied an earlier publication he signed in a national daily on the same issue, High Chief Dafeta lamented the situation stating that the PDP’s zoning formula for elective and appointive positions in Chapter 1 subsection 7 paragraph 3 (C) of the Party’s constitution states that the rotation and zoning of party and public elective offices shall be adhered to in line with the principle of equity, justice and fairness.

“We are determined to address this anomaly. As an LGA, we have supported the incumbent from Bomadi LGA for all these years, it is only just and reasonable to support us this time around after 24 years in the political wilderness,” he explained.

Also speaking, High Chief Mary-Anne Okoro and Elder Boss Ekperiware stated that by June 2023, the people of Patani LGA government would have been sidelined for 24 years in a National Assembly seat meant for two LGAs.

High Chiefs Dafeta, Okoro and Elder Ekperiware, therefore, called on all critical stakeholders to prevail on Hon. Nicholas Mutu, who has occupied the Bomadi/Patani Federal Constituency seat since 1999 and still jostling to go for a seventh term to allow Patani LGA to produce the next representative at the National Assembly.

“It is politically immoral for someone who has been in that position for 24 years to still nurse a seventh term ambition for a position meant for two LGAs at the expense of the other”, most times, people don’t want to relinquish power because of greed and personal aggrandizement, fairness is fairness, justice is justice and God is a God of justice,” High Chief Okoro quipped.

Iyovwaye Declares Declares for Governor, Promises to Consolidate on Okowa’s SMART Agenda
2023: Edevbie has All it Takes to Lead Delta to Greater Height – PDP
Advertisement