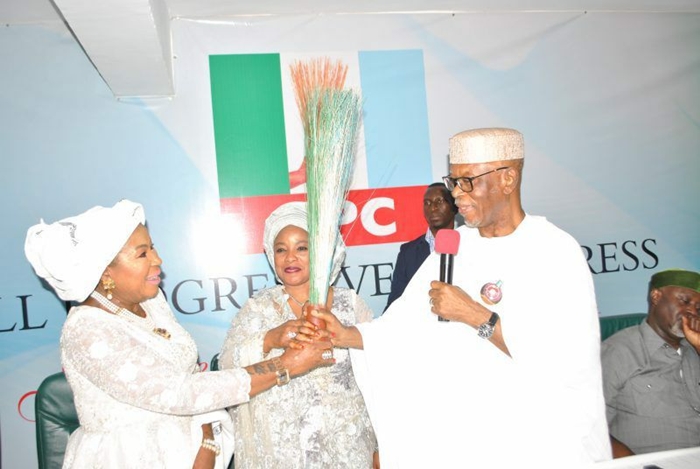 It was a political tsunami of sorts on Thursday 23rd November, 2017 when Dr. Mariam Ali in company of political heavyweights stormed the National Headquarters of the APC to declare for the ruling party. Mariam Ali abandoned the PDP whereof her husband was the national chairman.

The implications of this defection of Dr. (Mrs.) Mariam Nneamaka Comfort Abiodun Ali from the PDP to the APC is quite profound and far reaching. Same is not lost on politicians on all divides in Delta State. As the wife of a former National Chairman of the PDP she had stood firmly behind the party and was the secret for the recurrent successes of the PDP in elections conducted in Asaba and Delta North generally.

It is an irony however that the same party she nurtured and made enormous sacrifices for betrayed her and her people, leaving them in the lurch when it mattered most. Two instances will illustrate this point.

In 2007, against all odds, Enyi Kpakpando as she is fondly called emerged as the PDP flagbearer for the Delta North Senatorial District seat. This development however did not go down well with the political establishment who felt intimidated by her profile and were threatened by her independence. They betrayed Mariam Ali, engaged in anti-party and worked for the eventual victory of the candidate of the Accord Party.

Mariam Ali took that episode in her stride and continued to promote the PDP within the limits of her personal resources in Asaba using several platforms. Of recent however, Mariam Ali, a titled chief of Asaba Kingdom and indeed Deltans have watched with bewilderment at the abandonment that has befallen the towns and villages of Delta State. Even her homestead Asaba, once a thriving urban conurbation has become a metaphor for flooding. The roads in the State capital are hardly motorable, the drains are not working,  the Asaba Airport is shut down and everywhere shows signs of underdevelopment.

Thus it has been the burden of Enyi kpakpando who could no longer excuse the inadequacies and failures of the PDP administration to chart a new and better course for her people. No other party symbolises this new thinking better than APC whose “change mantra” resonates well with the indigenes and residents of Asaba.

Her coming to the APC is a game changer for the APC in Asaba axis and Delta North generally and it remains to be seen how the PDP can cope with the void created by this defection.