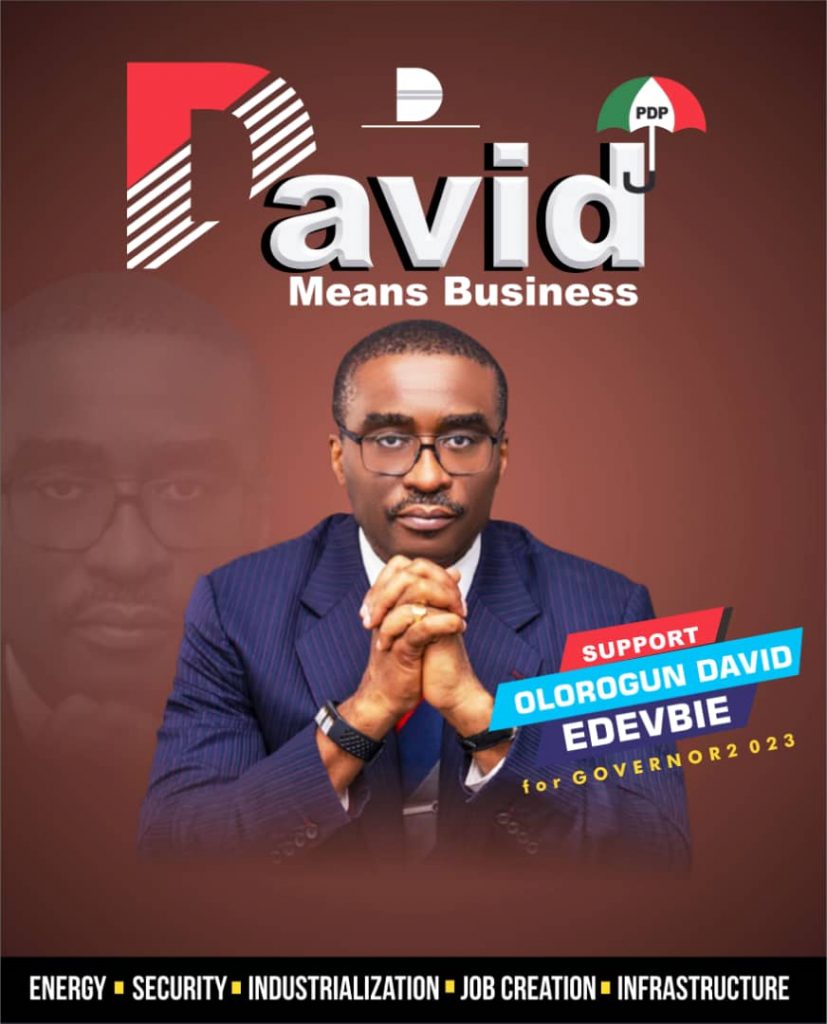 One major reason why our politics bears sectional colourations, either of zones or ethnic groups, is because we have evolved with the mindset that persons in political positions, especially of President or Governor, must take advantage to develop mostly their own areas over and above others.

This has drawn our regions, zones and ethnic nationalities into political suspicions, distrust and conflicts as we witness across the country, and constrained the sense of single state citizenship.

Many politicians in executive positions have been seen or suspected to concentrate development mostly in their communities. In some cases it is true, in other cases it isn’t quite so, but generally, that is the perception.

On the other hand, in the actual, the advantage may be to a particular few mostly by way of appointments and contract awards while the vast majority of the people from the same area remain as they have been before, during and after the tenure of their person.

As Olorogun David Edevbie has pointed out, the development of one area to the disregard of other areas is negative for all, in that development becomes disjointed, incoherent, uncoordinated and, therefore unproductive and unsustainable in the long run.

For Edevbie, development must be planned to explore the full potentials of the state to dispassionately address the present and future infrastructural, economic and social needs of all its component communities and peoples in an organised and interconnected manner, with all areas relating to and complementing one another.

In such a system, citizens’ access to government services will be irrespective and without bias to their ethnic origin, political leaning and personal connections but simply by defined criteria applicable to all citizens and residents.

This is what David Edevbie is introducing with the idea of providing a Development Masterplan for Delta State.

Largely with stakeholders’ inputs, the plan shall project, propose and segment critical development needs covering our various districts, zones, local government areas, federal and state constituencies, ethnic nationalities and communities in relation with one another.

For transparency and legitimacy, it shall be subject to public hearing for all citizens and sections of the state to see what is in it, what comes to their communities, how it affects their people, projected time frames for implementation, and for them to also make suggestions or requests, all of which shall be debated and agreed upon by consensus, and passed into law as the working plan of the state.

That way, and if the people see government as truly following the plan, there will be less apprehension across sections of the state as to whether any incumbent or incoming Chief Executive would deny or disregard other communities to  concentrate development particularly in his or her area.

This will reduce socio-political tension on issues of development, boost inter-ethnic relations and harmony, foster a sense of single citizenship and common purpose, and elevate Delta State unto higher pedestal of governance.

THE ARENA: Delta 2023: MSD and the Shame of Sheriff
THE ARENA: The Choice Before Delta PDP Delegates
Advertisement