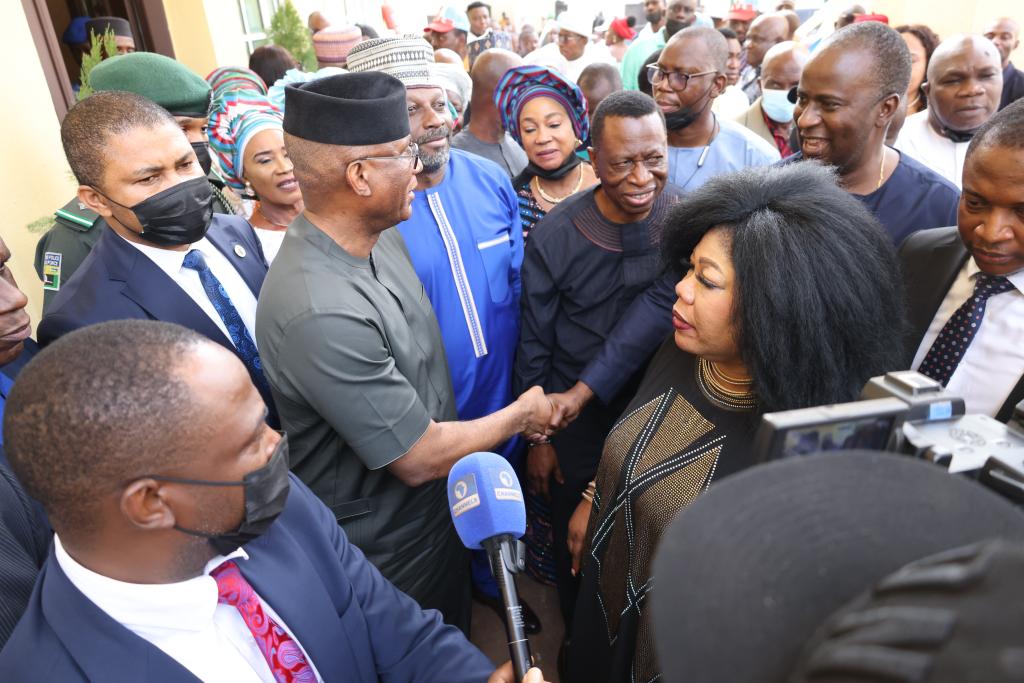 Olejeme who had arrived her country home in a rousing welcome at the Asaba International Airport, hosted the National and State APC delegation to a lavish banquet.

Thereafter, the high powered delegation went into a closed door session which lasted for about an hour before departing with expressions of a fruitful deliberation.

Speaking on behalf of the delegation, the Deputy Senate President, Ovie Omo-Agege told journalists that there were on the courtesy visit to one of their own. Efforts to get insights to what was discussed behind closed doors proved abortive.

Meanwhile, it is still not clear the dynamics of Delta APC to clinch power from the state ruling Peoples Democratic Party, PDP come 2023, but as the political intrigues unfold, Delta State has been enlisted among the battle of the fittest.