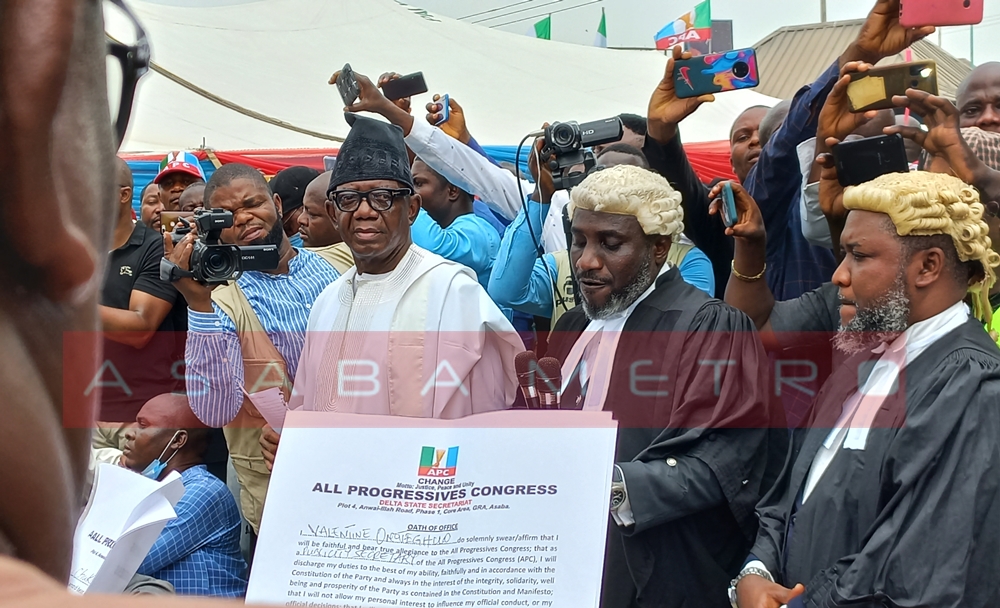 A new executive committee of the All Progressives Congress, APC Delta State chapter has been sworn-in.

The inauguration which took place Wednesday at the State Secretariat, along Government House Road, Asaba, was witnessed by over 1000 members of the party.

The oath of Office was administered on the Chief Omeni Sobotie led executives by Public Notary S.N Ogodazi around 12:30pm. 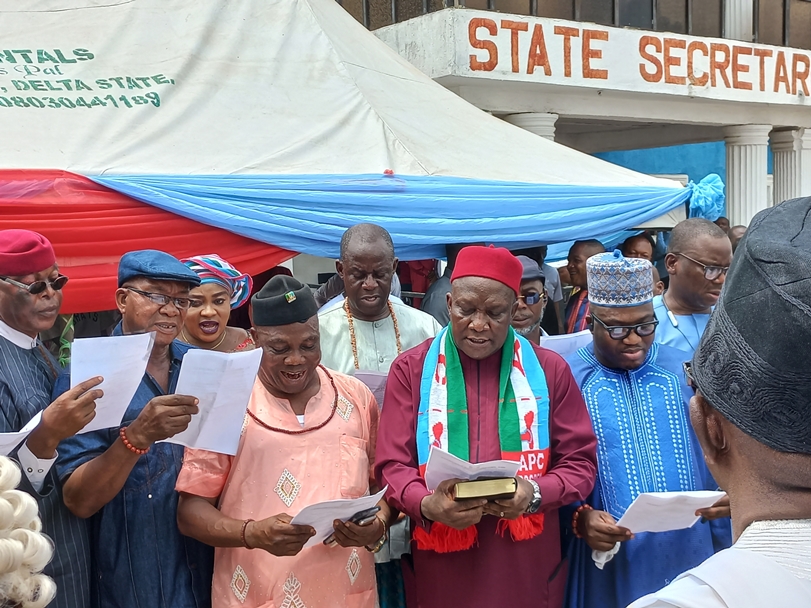 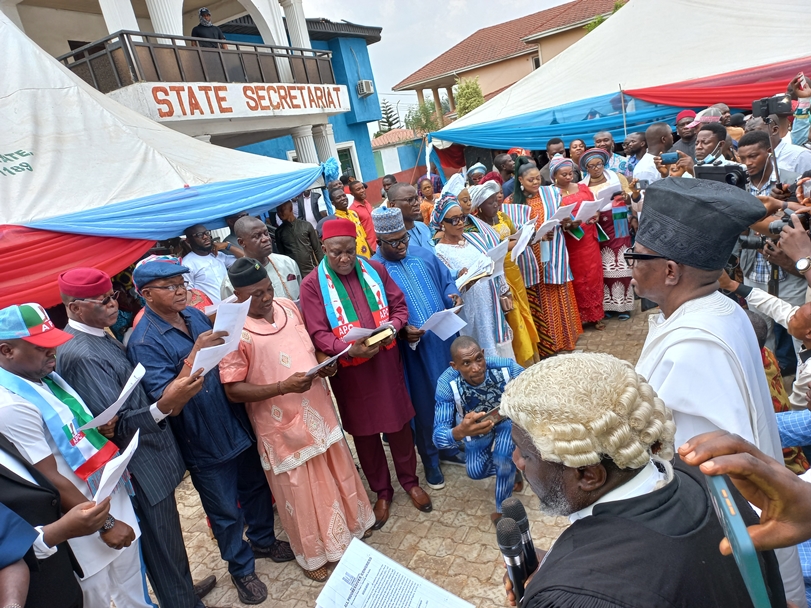 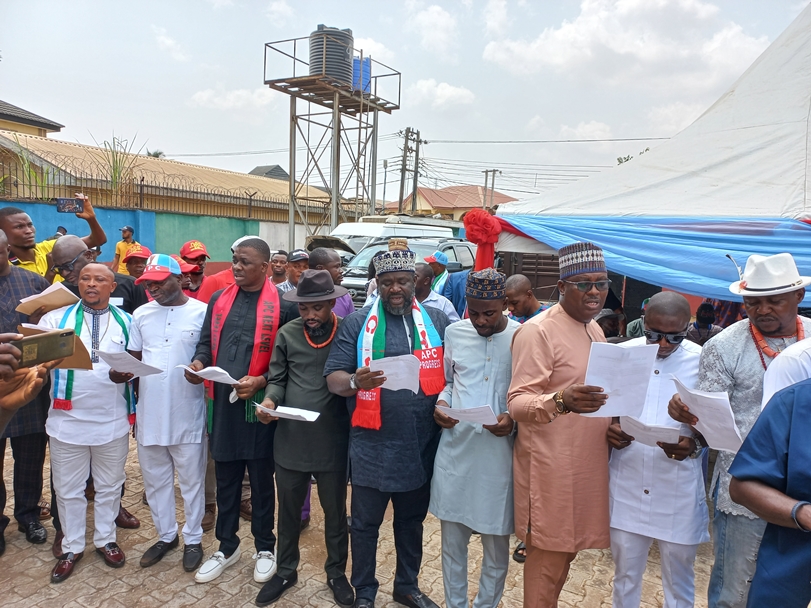 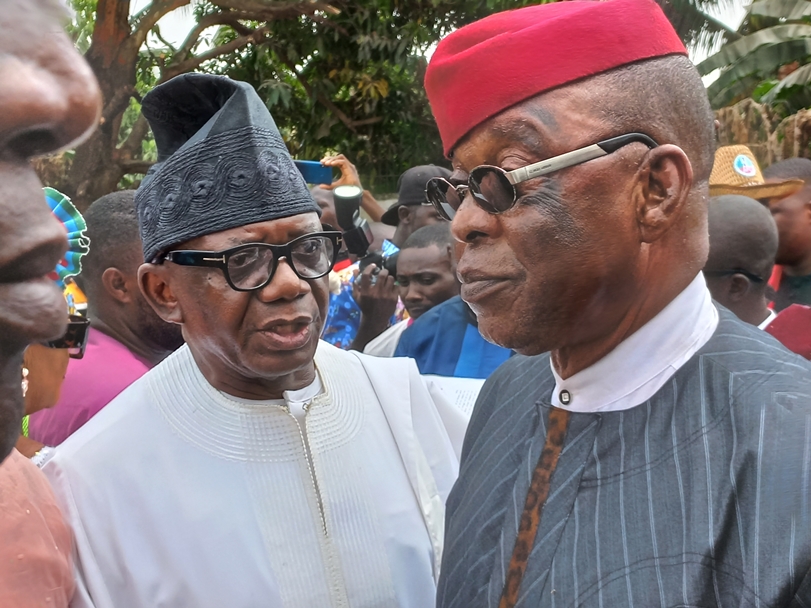 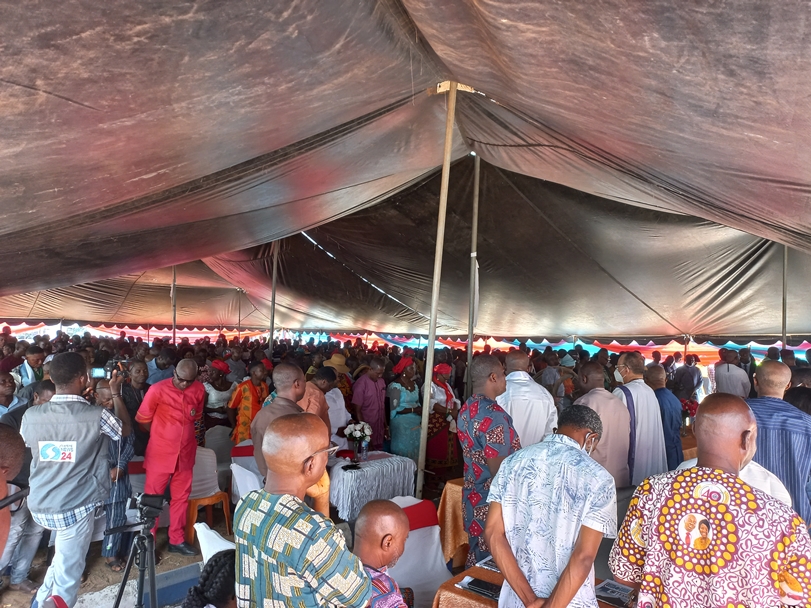