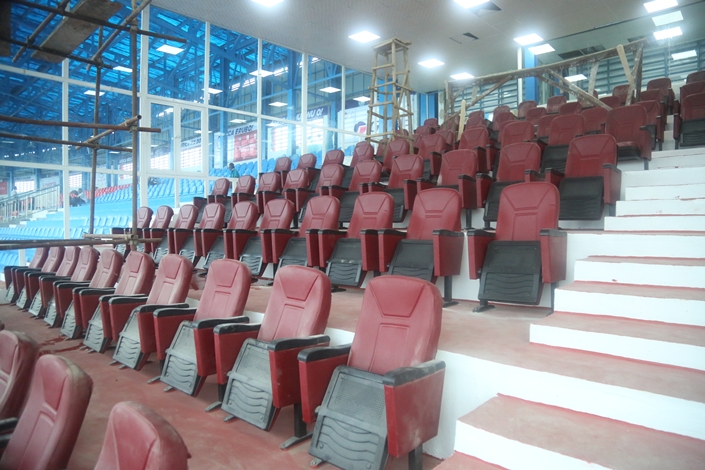 As Asaba prepares to host Africa during the 21st Africa Senior Athletics Competition in August, Delta State Governor, Senator Dr. Ifeanyi Okowa has assured of the state readiness for the competition.

Governor Okowa, gave the assurance Tuesday, July 24, 2018 when he paid an unscheduled visit to inspect the completion work at the Stephen Keshi Stadium, immediately after his resumption from a two weeks leave.

At the stadium, he said that the state was ready to host the athletes and visitors for the Asaba 2018 competition, stating that all the major works at the stadium have been completed.

“We are ready to host the African Senior Athletics Competition, most of the facilities are ready and by Sunday, few days from now, all the facilities will be ready for the opening ceremony; I was happy that we had a successful African trial as it showed our preparedness to host the whole of Africa”, Senator Okowa said.

The Governor, who was conducted round the facilities by the LOC Chairman, Chief Solomon Ogba,  enjoined Deltans in particular and Nigerians to turn up enmasse to watch  the competition stressing that “as Deltans, we should be proud that we are hosting the whole of Africa, we should be proud and we expect Nigerians to turn up and cheer the athletes.”

Governor Okowa had inspected the drainage project at Summit Road, Asaba and expressed satisfaction at the pace and quality of work, assuring that Asaba was ready to host hitch-free championship.