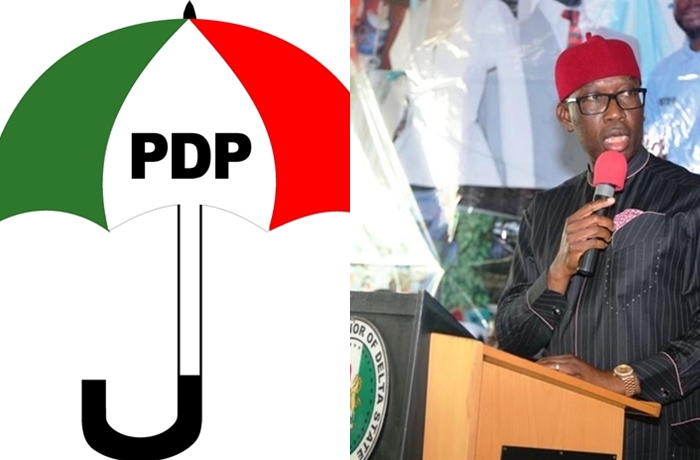 The PDP Delta Mandate, a pressure group of the Peoples’ Democratic Party, has concluded plans to hold a rally in Warri on the 26th of February 2018 to canvass votes for the re-election of the Governor of Delta State, Senator Dr. Ifeanyi Okowa, in 2019.

This was part of decisions reached at the maiden meeting of the group for this year held at the Asaba residence of Chief Edwin Uzor, former state Chairman of the PDP.

Addressing the gathering, the President of the PDP Delta Mandate, Chief Isaac Anwuzia, said the rally, to be hosted by Delta South Senatorial district chapter of the Mandate, will have in attendance all wards, local government and state coordinators of the group as well as supporters drawn from all parts of the state.

Chief Anwuzia, who is also the Chairman of Aniocha South Local Government Council, said at least three buses will be mobilized by each of the local government for the February 26 rally in support of the second term bid of Governor Okowa.

While saying that the body was not parallel to the party, he reaffirmed that the main goal is to return the Governor back to Government House by next year and sued for the support of all in the execution of the task.

The Senior Political Adviser to the Governor, Chief Festus Ochonogor,  thanked the people for assisting the  party to win more converts and also challenged all members of the party to help market the good works of the Governor in the areas of infrastructure and human capital development.

He said the administration of Senator okowa has done well and deserved to be given another tenure to do more.

The Vice President of the group, Chief Solomon Areyinka, said members of the Mandate in Delta South were working assiduously for the success of the rally which will be extended to other  Senatorial districts and called on stakeholders to mobilize people to the event meant to showcase to the world reasons why the incumbent Governor needed re-election.

Other speakers, including Chief Lawrence Oshiegbu, Hon. Funkekeme Solomon, Chief Edwin Uzor, Chief Moses Iduh, Delta North Chairman of the PDP and Chief Isaac Onyesom, said no efforts will be spared in ensuring the success of the rally and re-election of the Governor.

They pledged to be in the fore front in the enlightenment of Deltans on the giant strides of the Governor in all sectors and the need to support him in next year’s general elections.