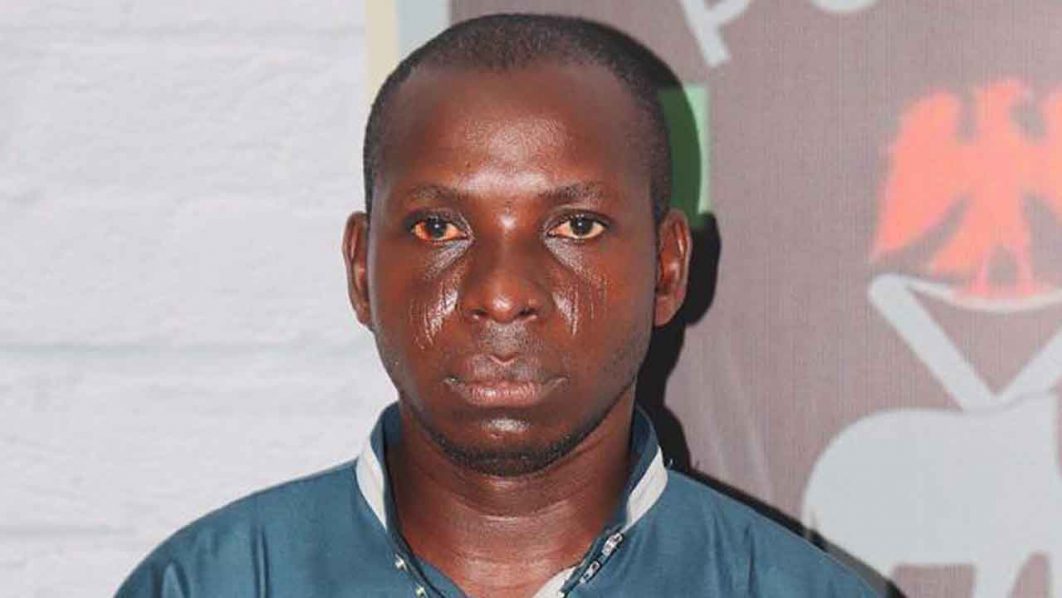 ​The operatives of the Nigeria Police have re-arrested the notorious kidnap kingpin, Alhaji Hamisu Bala Wadume.

In Press Release by Force Headquarters, Abuja, the Force Public Relations Officer , DCP Frank Mba disclosed that he was re-arrested in the late hours of Monday, 19th August, 2019 in his hideout at Layin Mai Allo Hotoro area of Kano State.

It would be recalled that the Police had been on the massive manhunt for the suspect, Alhaji Hamisu Bala Wadume since 6th August, 2019 following the unfortunate incident in Ibi, Taraba State which resulted in the brutal murder of three (3) Police Officers and two (2) civilians, and injury to five (5) others. The suspect, who was appropriately restrained at the time of the incident, was subsequently released by his “rescuers” after they had destroyed the restraining handcuffs.

The notorious billionaire kidnap kingpin in a 41-second video, confessed that soldiers aided his escape on August 6 after he was arrested by police detectives.

Wadume, who spoke in Hausa, said : “I am Hamisu Bala also known as Wadume. The police came to Ibi and arrested me.

“After arresting me, they were taking away when soldiers went after them and opened fire and some policemen were killed.

“From there the soldiers took me to their headquarters and cut off the handcuffs on my hands and I ran away.

“Since I ran away, I have been hiding until now that the police arrested me.”

Meanwhile, the Inspector General of Police, IGP M.A Adamu, NPM,mni while commending the Police operatives for their perseverance and painstaking efforts, has expressed his profound gratitude to all Nigerians for their unparalleled show of love and empathy to the Force and the families of the officers and patriotic civilians who paid the supreme price in the service of their fatherland.

It is his belief that the re-arrest of the suspect, Alhaji Hamisu Bala Wadume, will no doubt, help in bringing answers to the numerous but hitherto unanswered questions touching on the incident and the larger criminal enterprise of the suspect.