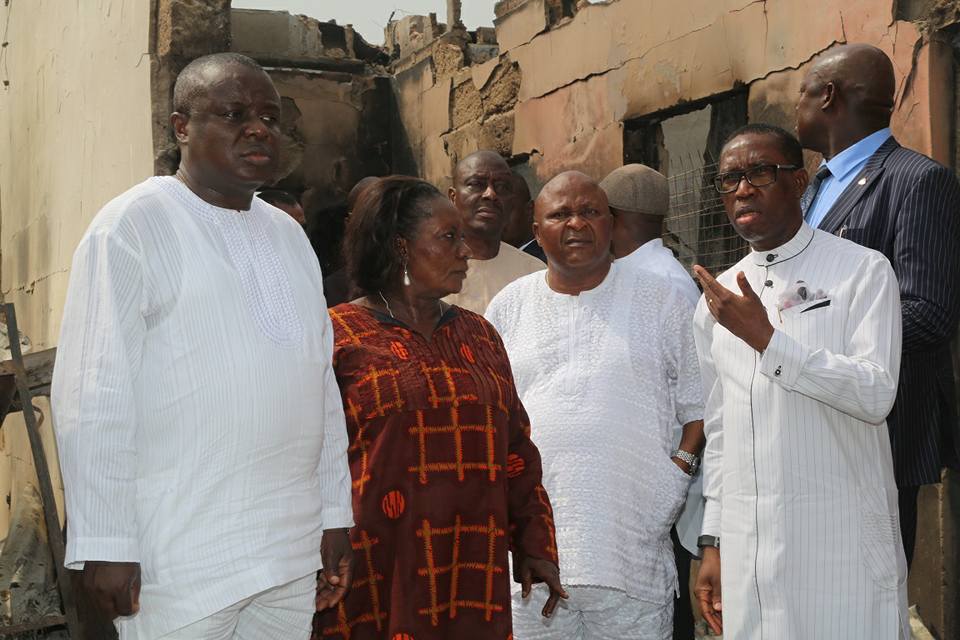 Delta State Governor, Dr. Ifeanyi Okowa has commiserated with the staff and students of Chude Girls Model Secondary School, Sapele, over the fire incident that wreaked havoc on the girl’s hostel.

The Governor while inspecting the level of damage at the school thanked God that no life was lost in the inferno that razed the hostel of the institution. He assured staff and students of the school that his administration has taken steps to ameliorate the effect of the fire on them.

“I sympathize with the young ones who lost their belongings in the fire, we will try to replace what you have lost,” he said, adding, “this fire incident may be a blessing in disguise as I have inspected facilities here, I can assure you that this school will not be like this by next year. We will carry out construction work in the school systematically, so as not to affect academic work.”

On a first hand assessment of the school’s structure, Governor Okowa stressed that public institutions should have facilities that will make learning environment to be in tune with modern trend, noting that with what he saw at the model school, there was the need for emergency situation to be declared in the education sector.

Commissioner for Basic and Secondary Education in the state, Mr Chiedu Ebie informed the Governor that 95 students were in the hostel when the fire incident happened, disclosing, “two classrooms have been converted to hostels in the interim.”

The Principal of the school, Mrs A. O. Omniabors thanked Governor Okowa for his timely intervention, stating that philanthropists have come to the aid of the students since Friday night when the fire incident happened.