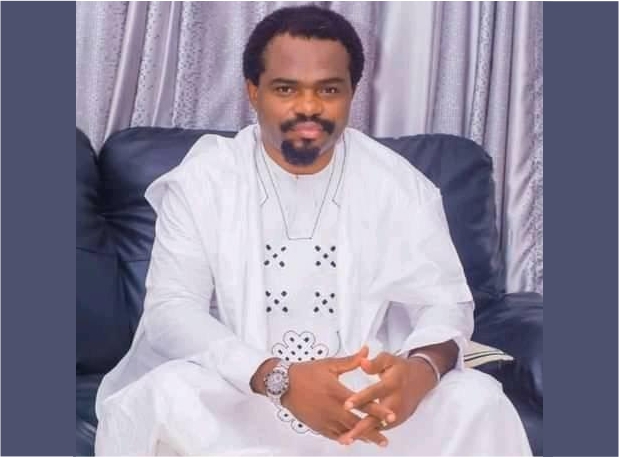 Ahead of the 2023 general elections, a member of the Peoples Democratic Party (PDP), Engr. Fidel Eweniwe Onwodi, has declared to represent Aniocha North State Constituency in the Delta State House of Assembly, stating that he has the competence for the job.

According to the Brunel University, West London trained Engineer, “Aniocha North needs more in terms of social amenities. Many of our youths are jobless. We need a better representative in the State for them”.

Speaking with Journalists on Thursday in Asaba, Onwodi said having been opportune to work with multinational companies; he knows what project delivery was all about.

While adding that he would deliver quality representation, being a grassroots politician, who has the interest of his people at heart, Onwodi said he has studied the environment and knows what his people need.

The former Exxon Mobil and Shell International staff noted that he was competent, willing and ready to serve as the case may be.

He said that being a thorough-bred politician with over two decades of experience in the private sector, he has what it takes to attract development to his constituency.

He said: “In the private sector, all I eat and drink is project, so when elected, I will explore every opportunity available to ensure my people get what belongs to them in the area of qualitative project delivery, qualitative and affordable education, youths and sports development, as well as women empowerment.

“All I need do is to work directly with the executive to attract meaningful projects to Aniocha North Local Government Area,” he noted.

While pledging to be responsible and loyal to all, irrespective of status or age, Onwodi said he would not assume office and forget his party leaders or abandon his constituents.

He added: “Our primary responsibility has always been to give adequate representation to our people and better interaction; even though we are there to make laws that will bring about the enhancements of the socio-economic well-being of our people, as well as carry out appropriation and oversight of the same funds appropriated for the executives and the system.”

Onwodi, who expressed worries over jobless youths, said when elected, he would attract foreign investors to invest in the vast arable lands in Aniocha North so as to engage the unemployed youths while women would be empowered in all necessary areas including transportation, good roads to farmlands.

While disclosing that he had earlier declared for the Assembly seat in his Ward 5 Issele-Mkpitime /Issele-Asagba Federal Ward, Engr. Fidel Onwodi who is the Chairman and Chief Executive Officer of FEON Engineering Nigeria Limited, Lagos, stated that the PDP remains a party with the interest of the people at heart at every point in time.

Engineer Onwodi who spent about two decades with Multi-National companies including Shell and Exxon Mobil, is a native of Issele Mkpitime in Aniocha North LGA of Delta State.

Born in Lagos in May 1974, and started his primary school education there until at the age of 10 years when his dad fell to the painful claws of death and just as life was about to turn upside down, God turned his pain and sorrows to gain and laughter.

Engr. Fidel Onwodi returned with his mum and siblings to the village from Lagos, where he finished his final year in primary school at Enuofu Primary School, Issele-Mkpitime, Aniocha North and further gained admission to Okalete Comprehensive Secondary School, Issele-Mkpitime but he was only able to complete his first year of secondary school before moving back to Lagos to join his mum. During these 2 years in the village, he was always top of his class and received several awards as best overall student.

Upon returning to Lagos, Fidel was admitted into Iponri Estate High School, Surulere and was class captain throughout his stay in the school, where he obtained his Senior School Certificate Examination.

Upon graduation from the University, Fidel participated in the National Youth Service Scheme and worked for Exxon-Mobil, Qua Ibo Terminal, Akwa Ibom State as a graduate Project Engineer.

Afterwards, he was employed by Sea Petroleum and Gas Company and worked as Project Engineer for three years and quickly rose up the ladder to become the Technical Assistant to the CEO.

Despite his lucrative career, Fidel desired to equip himself with the right capacity development and studies to face the challenges of his profession that he decided to further his education overseas and he gained admission into Brunel University, West London where he graduated with his M.Sc in Engineering Management.

Light shone upon Fidel once again and he was gainfully employed in London by Shell International as a Project Engineer and rose to Senior Project Engineer. His international job with Shell for ten years took him to work in the USA, Holland, Aberdeen and Nigeria.

Fidel was directly involved in the project delivery of some offshore installations including but not limited to the Bonga Oil and Gas Project.

Engineer Fidel Onwodi, resigned from his lucrative employment in Shell in 2014 to serve his people, and offered himself to run for the House of Representatives position with the People’s Democratic Party, PDP where party dynamics and supremacy prevailed, but that did not deter his aspiration to be of service to his people.

Fidel Onwodi is the MD/CEO of FEON Engineering Ltd, based in Lagos, London and Hong Kong.

He is also the MD/CEO of Duke Marine Services Ltd, based in Lagos, Port Harcourt and Houston.

Fidel remains a faithful and loyal member of the PDP till date and he is a strong grass roots politician and always enthusiastic to listen to the yearnings of the people and solve their problems as a result, he Founded  the FIDEL ONWODI FOUNDATION (Kosisochukwu) that supports the less privileged in the grass root.

He has sponsored several football competitions and empowered numerous widows in his local Government Area.

He is happily married with two beautiful daughters and a handsome son.

By Asaba MetroSeptember 19, 2022
Advertisement
To Top