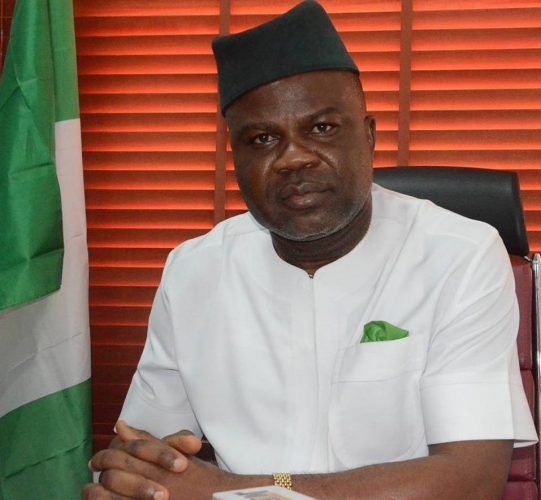 The member representing Ethiope East State Constituency in the Delta State House of Assembly, Honourable Evance Ochuko Ivwurie received with great shock and sadness, the reports of an armed attack and confrontation in Ughelli town between well-Armed terrorists masquerading as Fulani herdsmen and law enforcement.

Hon. Ivwurie who has been in the forefront of condemning the nefarious activities of these terrorists, sees this latest onslaught as an act of provocation and as an assault on the entire people of Delta State who have been hospitable and very accommodating.

Hon. Ivwurie while consoling the affected communities assured Deltans that the dark days will soon pass away as all is set for the passage of the Delta State Nomadic Cattle Rearing Control Bill into law which will criminalize the criminal elements hiding under the cover of cattle rearing.

In his words, “the pain of Deltans is my pain also. Our people should not despair; they are never alone in this attack by faceless terrorists. I commend our gallant and responsive policemen and policewomen and other Law enforcement agencies. Our spirits can never be conquered and I will keep pushing for a legislative framework to overcome this menace once and for all.”

Meanwhile, the House Committee on Agriculture and Natural Resources of the Delta State House of Assembly, has invited Deltans and the general public to the Public hearing on the Delta State Nomadic Cattle Rearing Control Bill

Memorandum are hereby requested from members of the public and interested groups and should get to the Committee Secretariat in Eight (8) copies not later than Wednesday, 15th February, 2017.

3.5million Dangote Tyres Missing as 285 Drivers Declared Wanted
I Have Given My Life to Christ and Do Not Engage the Services of a Mistress – Okowa Clears the Air
Advertisement