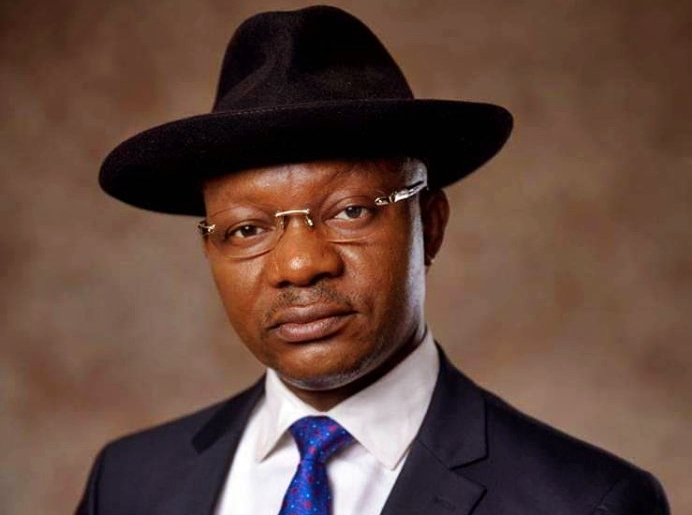 The Government of Delta State has stated that it would not give in to smear campaigns by blackmailers who have invaded the cyberspace with falsehood in order to distract the administration of Governor Ifeanyi Okowa saying, “we as an administration will not be distracted”.

The position of the state government was conveyed by the Commissioner for Information, Mr Charles Aniagwu at a press briefing, on Wednesday, January 15, where he further reassured Deltans of the commitment of Governor Okowa to deliver his Stronger Delta mantra as his second term progresses towards 2023.

Flanked by the Chief Press Secretary to the Governor, Mr Olisa Ifeajika and other government officials, the Information Commissioner described the actions of the alleged blackmailers as ploy to swing the minds of Deltans from supporting the government of Governor Okowa who is solely focused on giving the state a better deal.

He asserted that the politicking towards the succession of the present government by 2023, had opened business for blackmailers who disguise as journalists, writing against the governor, the governor’s family and selected government functionaries from certain senatorial districts, claiming that some persons have been mandated to distract the governor or make him sway from his promises made to Deltans during his 2019 campaigns.

However, the Commissioner averred that the state government welcomes criticism in the right direction, saying “we will not shut up any person, we are against those painting pictures that are aberrance, they are writing disturbing stories in order to get favour from those who had promised them elective positions”.

While enjoining journalists not to align with the wrong information peddled by blackmailers, Mr Aniagwu maintained that, nobody can succeed in distracting the state government as Governor Okowa is committed to deepening the gains of its our Stronger Delta mantra in the areas of healthcare, road construction and flood control, upgrading of schools, job creations, widows welfare, economic drive for foreign investments and in other areas.