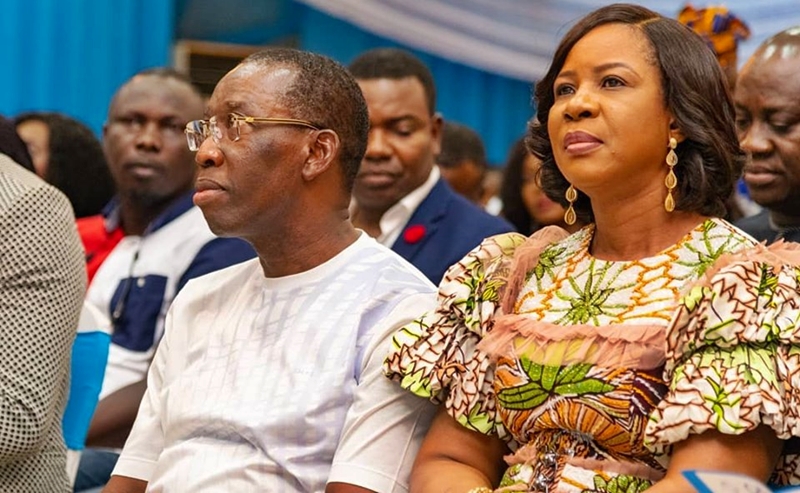 Wife of the Delta State governor, Dame Edith Okowa, has called on Couples who are yet to receive the Lord Jesus Christ into their lives and marriages to do so, saying “there is no burden that he cannot carry”.

The governor’s wife who was recently invested as “Net Ambassador” by members of the Long Lasting Insecticidal Net, LLIN told the over 500 couples to know what is obtainable in their homes rather than copy lifestyle from others.

She stated this Wednesday, May 15, 2019 at the 2019 Couples Forum held at the Unity Hall, Government House, Asaba.

In their separate exhortations, Ven Goddy Eluka and Evangelist Eze, tasked Couples’ to love, obey and respect each others unconditionally.

He said foundation problem is one area that has caused divorce in marriages, stressing “for us to have a good marriage, we must consult the maker” even as he noted that God instituted marriage for fellowship, procreation, sexual satisfaction among others.

According to him, “happiness in marriage comes to those who have the courage to love; people who do not wait to be loved in order to reciprocate”.

Evangelist Eze, who took his reading from Galatians 2:20, said a man or woman who is not crucified with Christ, such lives don’t make good families.

According to him, when a life is not crucified, that life would not produce results, “Christ is your head; if you are not crucified with Christ, you cannot be subject to him”.

He charged Couples to submit their lives mutually to God while calling on the wives to submit to their husbands in totality even as he charged the man to love his wife as Christ loved the Church.

Earlier, the Director-General (DG), 05 Initiative, Mrs. Kevwe Agas, called on all to take the opportunity to build a stronger family that would translate into a stronger Delta State.