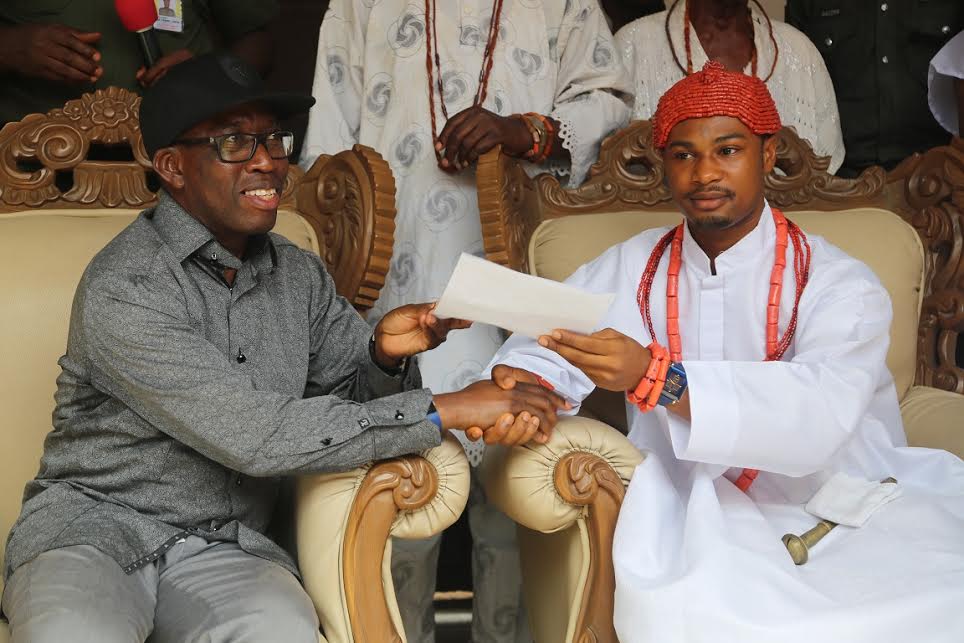 According to the Governor, his administration will not request for land from communities unless there was urgent need for such, disclosing that the proposed Agro-Industrial Park for Ogwashi-Uku will boost the socio-economic life of the people of the area and the state in general.

Speaking on the wild life park which government has acquired land for but, was yet to come on stream, the Governor said, the Commissioner for Lands and Survey and the Attorney-General of the state have been urged to look into the process of returning such land to the community.

“When government requests for land from the community, the people should see it not only as sacrifice to do so, but, it should be something that should be done to develop the area,” Governor Okowa said, adding, “the wild life park or zoo does not appear to be on course, it is better that we return that parcel of land to the community because, any land that is donated to government must be put into use and the Agro-Industrial Park is real.”

Delta State Governor, Senator Ifeanyi Okowa and His Royal Majesty Prof. Chukuka Anishi the Okonjo I Obi of Ogwashi-Ukwu Kingdom, during the Governor’s Visit to the Obi

The Obi of Ogwashi-Uku Kingdom, HRM Professor Chukuka Okonjo, received the Governor and members of his team who also, inspected drip irrigation tomatoes farm cluster, the asphalt overlay of Nsukwa/Ejeme-Aniogor/Alidinma road, the Ogwashi-Uku/Ubulu-Uno road and also, commissioned a 14-room administrative block of offices at the Aniocha South local government council’s secretariat, Ogwashi-Uku and the Ubulu Model Primary School, Ubulu-Uku all in Aniocha South local government area of the state.

In Aniocha North local government area, Governor Okowa accompanied by top political office holders, inspected the products of the Delta State Leather Works factory, Issele-Uku where he expressed satisfaction that the centre will not only be training ground for youths of the state but, will become an economic hub due to the variety of products being churned out from the centre.

He expressed joy that the machine for the production of the famous Akwa-Ocha could produce such within twenty-four hours and nicknamed the Akwa-Ocha (white clothe) Akwuoma (nice clothes) saying that the clothes now comes in variety of colours.

Governor Okowa who also, paid a courtesy visit on the Obi of Issele-Uku, HRM Nduka Ezeagwuna II where he assured Deltans that his administration was committed to the delivery of infrastructure without discrimination, also inspected the level of work and equipment delivered at the Issele-Uku Technical College, construction work at Obomkpa/Idumu-Ogo road and Ukwu-Nzu road in Aniocha North local government area of the state.

HRM Ezeagwuna II in an address to the Governor, stated that the Delta State government under the leadership of Governor Okowa has delivered a lot of democratic dividends to Deltans despite the economic down turn in the country, assuring that his Kingdom will continue to support the Governor to enable him do more for the people.