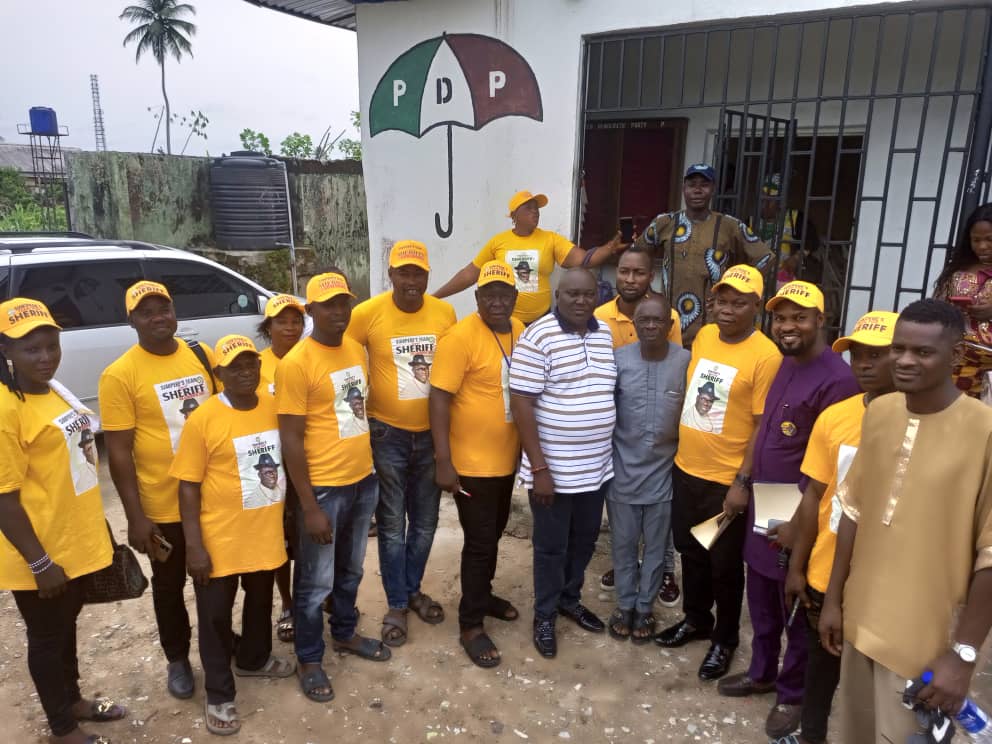 In his address, the Spokesman of the team, Hon Obire said that the team was in the area to consult Okpe LGA Ward Delegates ahead of the primaries slated for May 21st, 2022, on behalf of Rt Hon Sheriff Oborevwori as Governor Delta State 2023.

According to him the team has also visited other delegates across Okpe on the need to give total support for Rt. Hon. Sheriff Oborevwori at the party primaries for him to be elected in 2023 as the governor and we are here today to solicit for your support for him. This is our collective project”.

He noted that the team took up the responsibility upon themselves to ensure an Okpe son wins the party primaries and also come victorious in the Governorship election.

The Speaker, Rt. Hon. Sheriff Oborevwori, according to Obire, has the capacity to govern Delta State having acquired so much with experience as head of legislature in the State over the past five years, adding that he has done very well as the Speaker of the Delta State House of Assembly.

He urged all party leaders, critical stakeholders and delegates to support the Governorship ambition of the Speaker.

He added that the Principal of the team has carried out several developmental projects in the area and has contributed greatly to peaceful coexistence of the people.

While imploring them not to relent in their support for Oborevwori, Hon Uko said that Oborevwori will not disappoint Deltans if elected Governor in 2023.