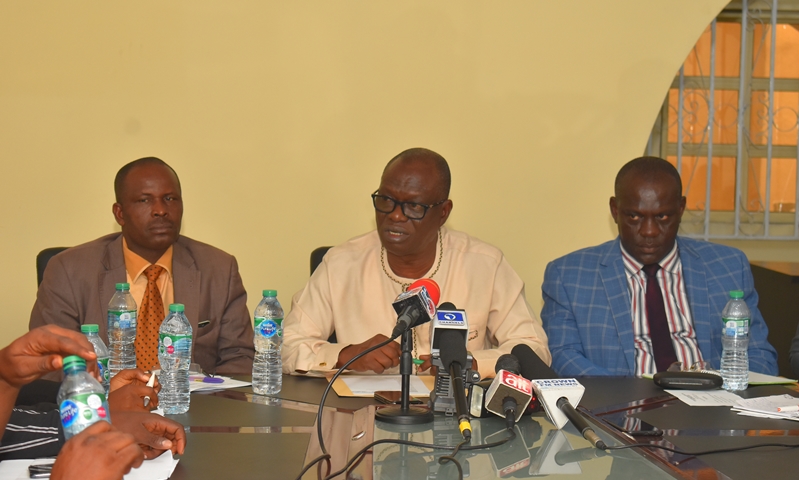 The lingering pangs of flood in Warri and environs will soon be a thing of the past as a proposed storm water drain project is set to take off soon, the Director General, Warri Uvwie and Environs Special Area Development Agency (WUEDA), Comrade Ovuozourie Macaulay has stated.

The flood water control mega project will run in two phases with an expected construction time span of two years.

WUEDA’s DG, Macaulay while addressing newsmen in Warri stated that the Delta State Government has approved the mega project for phased construction of flood control projects.

He disclosed that the project was designed to channel flood water directly to the natural water reservoirs surrounding Warri, Uvwie and its environs. “On completion of this mega project with construction duration of two years, for the first and second phase, residents of Warri Uvwie and environs should expect an appropriately drained city for their pleasure.”

In the same vein, Macaulay said the Agency has placed machinery in top gear to rehabilitate some earmarked internal roads which are in bad state.

According to him, “the Agency has observed the bad state of the internal roads within Warri, Uvwie and its environs. While we apologize for the inconveniences this must have caused residents, we also appeal for your patience  and support because we know the governor has a passion for roads construction and that explains why he is popularly called ‘the Road Master’. Our assurance to you is that the governor, in his quest for ‘Stronger Delta’, is poised, through this Agency, to do a complete rehabilitation of the roads in our area of jurisdiction.”

“Roads play an important role in connecting people all over the world. It also gives its important contribution to the economic growth of a country. Since roads play such crucial roles in the urban renewal drive, our policy thrust can never be effective without due consideration of the roads question.” He added.