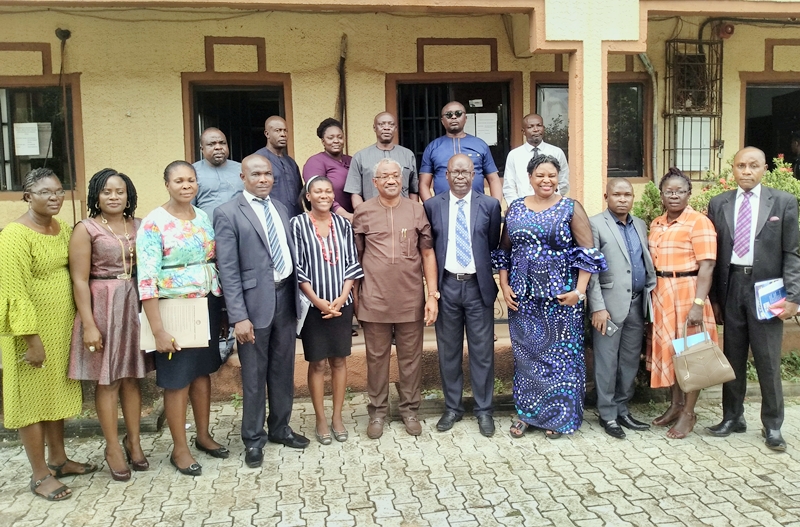 In other to feel the impact of the Sustainable Development Goals, (SDGs), a call have been made by groups of Non-Governmental Organisations to the Delta state Government, to develop strong synergy for the impact of the programme to be felt especially in the assumed neglected areas of the state.

The group, which was led by the Chief Executive officer of the Development Initiative for Community Development, (DICI), Mrs Rachael Misan-Ruppee, on an advocacy visit to State SDGs office in Asaba on Wednesday, October 2, 2019, to promote the localisation of Sustainable Development Goals, said it was overdue and that the state government is in good position to fast-track such move.

According to Mrs Misan-Ruppee, the team which is made up of the Foundation for Partnership Initiatives in Niger Delta, (PIND), sponsors of the localisation of the SDGs, Egbema Gbaramatu Communities Development Foundation, Itsekiri Regional Development Council, LITE-Africa, and Morgan Smart Development Foundation, seek to advance the localization of the SDGs in the selected local governments areas of Warri South West and Warri North, by engaging with private sector, the civil society and State actors, while building and minimizing social risk.

She said such action promote active citizens participation in engaging and monitoring of SDGs implementation in the State and to raise awareness of the goals among local and state actors, which is expected to popularise, showcase and advocate for wider replication and scaling up with other local governments in other to accelerate its implementation in the state.

To achieve this, the team requested among other things, the reporting mechanism in place to report SDGs activities in the state, and the place of the civil society organization in the state. The collaborative opportunities available with the state office of the SDGs, for non-State actors implementing the SDGs, branding of government owned commercial vehicles with SDGs logos. The reporting of works of non-State actors contribution in the state to achieve the SDGs, especially as such contributions have been taken place but not documented by the state government.

In his response, the Senior Special Assistant to the Governor on SDGs, Dr. Andy IIabor, promised the team of further government collaboration to achieve the objectives of the Sustainable Development Goals in the state, especially in the neglected areas of the state, as it had been doing over the years.

He stated that the office had been documenting and implementing the goals of the SDGs, but through selective approach due to funding. He however promised more robust relationship with development partners to reach more areas in the state.

Ossai’s Suspension: No Cause For Alarm – Information Commissioner
Edo State: Why I deserve A Second Term – Governor Obaseki
Advertisement