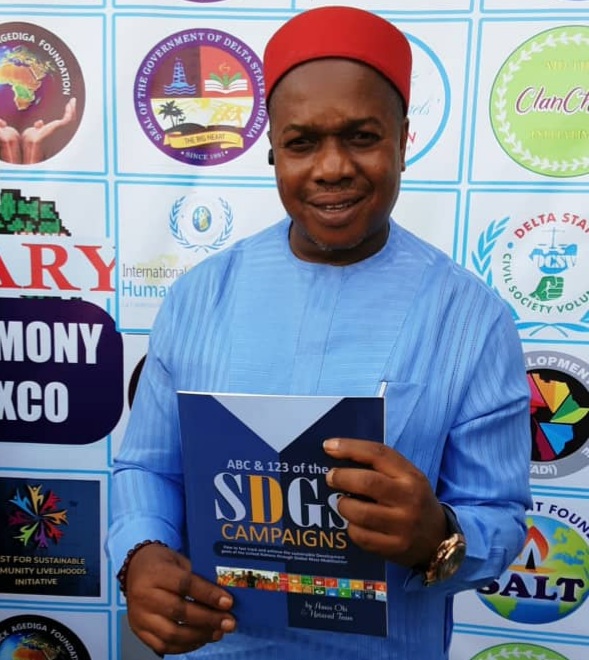 Dr. Obi stated that the inauguration of the Global SDGs Advocates was in line with the organization’s disposition to engage credible men and women with resounding pedigree to join in the campaign towards deepening the conversation in promoting the United Nation Sustainable Development Goals (SDGs).

He thereby charged the newly inaugurated Global SDGs Advocates to use their disposition to further campaign on the need for the society to embrace the Sustainable Development Goals and the 2030 Global Agenda.

Speaking to newsmen, Comrade Michael Ikeogwu expressed gratitude to the Management of Hetaved Skills Academy and Networks for finding him worthy to be inaugurated as a member of the Global SDG Advocate.

Comrade Ikeogwu pledged to do his possible best to contribute his quota towards the campaign for a better society which are the core values of the Sustainable Development Goals. He promised to mobilise members of the society to join in the campaign.

Comrade Onome Tano, who also spoke to journalists, expressed gratitude to the Principal Innovator and Strategic Director, Hetaved Skills Academy and Networks for finding him worthy of inauguration. He pledge to do his best to promote the ideal of the SDGs.

THE ARENA: The Need to Establish a Permanent Voters Registration Office to Replace CVR Exercise
WASC 1976: I Lost my WAEC Certificate, but I have the Print Out – Okowa
Advertisement