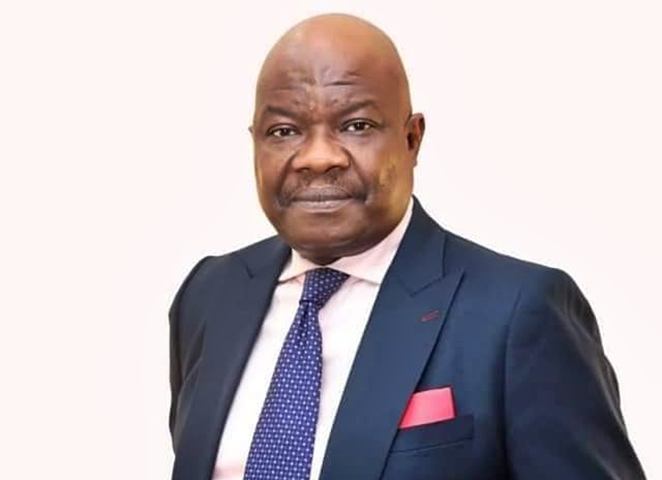 As reaction continues to trail the passage of the Delta State Governor and Deputy Governor Pension and other Benefits Bill the State Assembly, the House Leader, Barr. Tim Owhefere has disclosed that the bill is a private member bill and that the lawmakers acted within the Constitution of the Legislative House to amend it.

Below is a reproduction of his statement obtained by ASABA METRO as published by his Special Assistant (Media & Publicity) to the Majority Leader, Palmer Ogheneyole Nathaniel as culled from his Facebook Handle.

The Majority Leader of Delta State House of Assembly and Honourable Member representing Isoko North Constituency, Hon. Barr. Tim Kome Owhefere KSC, has stated that the State Legislature acted within its powers in the amendment of the Delta State Governor and Deputy Governor Pension and other Benefits Act.

The Law which was amended to grant former acting Governors pension rights, was passed during plenary on Wednesday sequel to a motion moved by the House Majority Leader, Hon. Barr. Tim Owhefere, seconded by the Deputy Majority Whip of the House, Hon Fred Martins and was adopted by the House.

In an exclusive interview with reporters in his office shortly after the passage of the Bill, the Majority Leader who doubles as the Chairman, House Committee on Information, said, all over the world, state legislative houses are constitutionally empowered to make laws for the governance of the State. While noting that despite the alleged abuse of the pension law by some State Houses of Assembly in connivance with their governors, Delta State House of Assembly remains committed to putting the state and it’s people first in the discharge of all of its duties.

“First, let me put it on record that the Bill is a Private Member Bill which I sponsored. Those who may express misgivings over the Bill may be those who are yet to read it’s content. We do not intend to grant jumbo pay to the former Acting Governor as been speculated. What we are saying is that for the fact that someone at some point played the role of an Governor, he/she deserve some entitlements no matter how small”, he said.

Continuing, “while some states approved jumbo amounts running into millions as pension for their former governors, the monthly take home pay for the former Chief Executive in Delta State is about four hundred and fifty thousand naira, while that of Acting Governor is Three Hundred and fifty thousand naira which is a little higher than that of a permanent secretary. Unlike the Governor, the former Acting Governor has no gratuity. We believe that paying the former Acting Governor gratuity would be fraudulent as he has already been paid severance as a former Speaker”, he said, adding that someone in the status of an Acting Governor who made sacrifices for the state deserve to be taken care of.

“If a civil servant is promoted to the rank of a permanent secretary today and he retires tomorrow, he/she will receive the pension and other emoluments of a PS for life. If an army officer is promoted to the rank of a General today and then retires tomorrow, he will equally get all the benefits accrued to his/her new rank. Why can’t someone who acted as a Governor get benefits accrued to that officer no matter how small”, he retorted with.

The Bill is expected to be signed into law by the Governor any time soon.

ALSO READ:  Delta Govt Puts Up Oghara Independent Power Project For Lease
For advert placement, publication of news content, articles, videos or any other news worthy materials on this Website, kindly send mail to asabametro@gmail.com.
Continue Reading
Advertisement
You may also like...