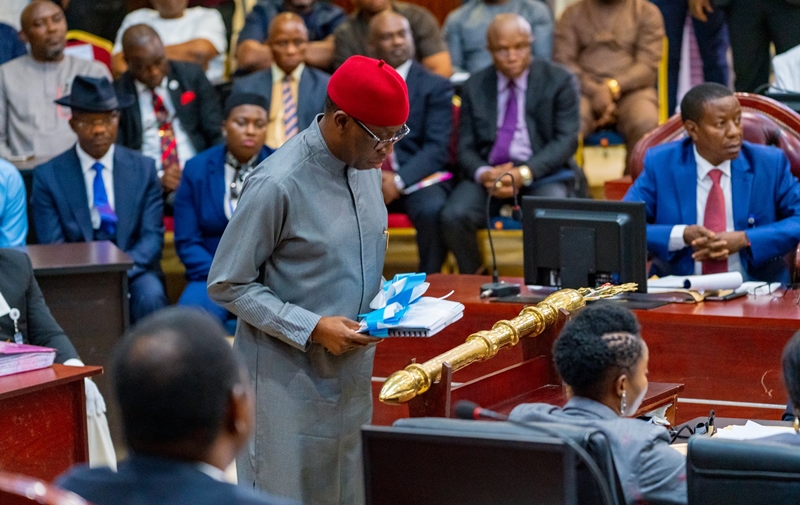 Following the third reading and passage of the Delta State Governor and Deputy Governor Pension Rights and Other Benefits Amendment Bill by the State House of Assembly, the State chapter of the All Progressives Congress (APC) has condemned the move which seeks to accommodate one time acting Governor, Rt. Hon Sam Obi.

The opposition party in the state through its Publicity Secretary, Barr.  Ogheneluemu Sylvester Imonina conveyed the position of the party which in strong terms slammed the lawmakers and challenged the state governor, Dr. Okowa to forsake his assent to the bill.

The statement said, “The All Progressives Congress (APC) in Delta State alerts Deltans on the anti-peoples’ Executive Bill that is currently before the State House of Assembly, which is at the verge of being assented to by the Governor.

“The Bill is to enable the former Speaker of the Assembly, Rt. Hon. Sam Obi, who acted as a Governor for less than three months in 2011, becomes a beneficiary of the said law.

“Deltans will recall that after the nullification of Dr. Emmanuel Uduaghan’s election in 2011, in line with the 1999 Constitution of the Federal Republic of Nigeria, as amended, Hon. Sam Obi was sworn in to take charge of governance of Delta State, pending the conduct of another election. It is worthy to note that the brief stay of Hon. Sam Obi was shrouded in controversies of alleged shady deals!

“The Delta State chapter of the APC wishes to state categorically that in line with plethora of judicial pronouncements/authorities, anyone who occupies any position in acting capacity in the governance of the State, is not recognized by the law as a substantive holder of the office. It is on that premise that the Appellate Court threw out several cases, wherein the legality/competence of former President Goodluck Jonathan were challenged by some Nigerians.

“Aside the above position of the law, the present PDP led Government of Delta State complains of lack of funds for the execution of projects! This same Government, because of her penchant for profligacy now wants to make their partner in maladministration of the State, “super rich” at the expense of majority of Deltans!

“Despite the uproar and condemnation of the amendment sought by the Governor of Delta State, the State House of Assembly, today, the 11th of December, 2019, cowardly and shamelessly granted the request of the Governor by amending the said law because of the interest of only one person. This is heartlessness.

“The APC, and the downtrodden Deltans call on Mr. Governor to have a rethink and withdraw his assent to that law amended/passed today by the House of Assembly. Deltans are watching to see if the Governor had not conquered shame. If he had conquered shame, then, let him sign that amended Bill into law. Posterity will judge him.

“Meanwhile, if the Governor does the unthinkable by signing that Bill into law,  PDP Government should be ready to have barrage of litigations in respect of same. Deltans and civil societies are watching.” Delta APC stated.