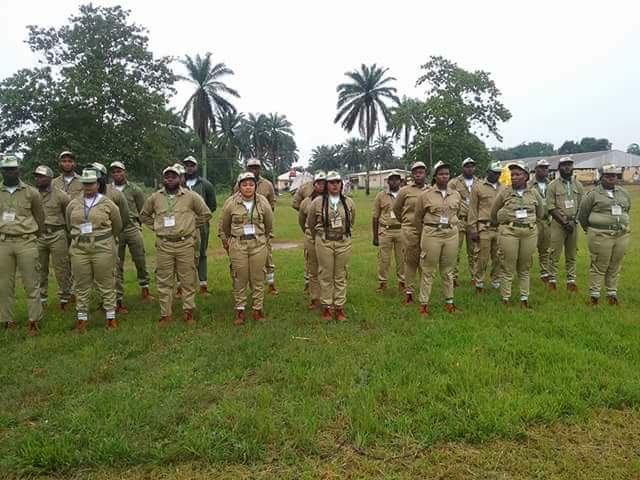 The National Youth Service Corps, NYSC has mobilized 2,356 Corps members for the Batch A stream 1 2017 to Delta State.

The official opening and swearing in took place on Thursday May 25, 2017 at the orientation camp Issele-Uku in Aniocha North Local Government Area of the state.

It was gathered that 1,300 females and 1,056 Males were deployed to Delta state for the Batch A stream 1 2017 orientation course of NYSC.

At the official opening, Delta State Governor, Dr. Ifeanyi Okowa who was represented by the Hon. Commissioner for Higher Education Engr. Jude Sinebe reiterated the address of the Acting President of the Federal Republic of Nigeria. Professor Yemi Osinbajo.

According to the speech, the programme will expose corps members in learning adventure, adding that the slogan of the Federal Government that says change begins with me, that they should consider themselves as agent of change.

”Also, the state will provide skills acquisition programmes such as YAGEP, GEEP among others.”

Meanwhile, the state coordinator of the NYSC Delta state Mr. Omotade Benjamin Ayodele, noted that corps members will be trained for different programmes during their orientation course advising them to take active participation on the camp activities.

Mr. Ayodele lauded the Governor of Delta state for providing an enabling environment for the corps members especially on security. He also thanked the ministry of water resources for making sure there is consistence water supply in the camp.