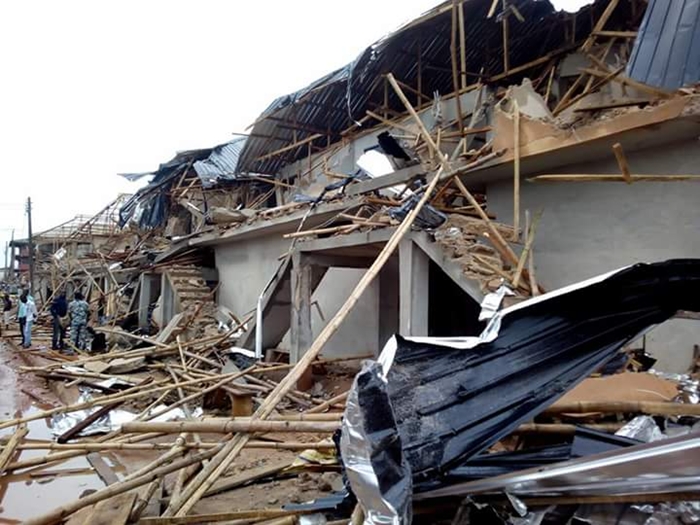 According to the government, the complex housing 218 lock-up shops was constructed in contravention of the approval plans issued by the government.

The News Agency of Nigeria (NAN), recalled that Gov. Godwin Obaseki, recently warned that as part of its urban renewal plan, illegal structures and buildings with unapproved government plan would be demolished.

In line with plan, the government relocated all motor parks from the city centre (Ring Road) a forthnight ago.

The government also commenced removal of illegal structures within the precinct of the city centre.

The News Agency of Nigeria (NAN) reports that the shopping complex, owned by Osamede Adun, a chieftain of the ruling party, All Progressives Congress is located on Mission road.

Mr. Adun is a popular transporter and politician who was Special Adviser on Protection of Government Property to former Governor Lucky Igbinedion.

Mr. Adun described the action of the governor as “executive rascality and victimization”.

He alleged that he had all the necessary documents from the government that granted approval for the construction of the shopping mall.

“I do not want to engage the government in any fight; I have government approval for the building.

“I wonder why the same government will now turn around to demolish the building it granted approval.

“I spent over N800 million on the building; all I want is for the right thing to be done,” he added.

When contacted, the chief press secretary to the governor, John Mayaki, expressed the commitment of the government to enforce physical and town planning laws in the state.

He said: “on the building demolished along mission road which had about 150 shops, the structure for which the owner sought the government approval was at variance with what was erected.

“In other words, the structure which was built was in contravention of what was approved.

“Before the demolition, notices were served, which have since expired.

“As you may be aware, nobody is above the law, neither is anyone’s interest bigger than that of the public.