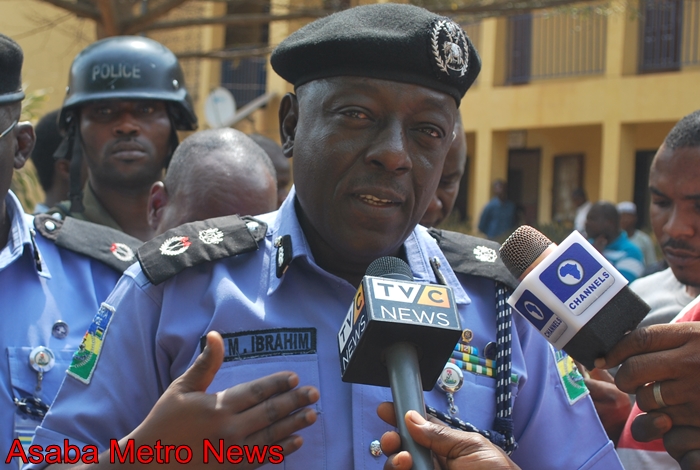 The Delta State Police Command has called on the People of Idumuje-Ugboko to embrace Peace and seek more subtle way in settling the crisis currently bedeviling the community noting that it can be easily resolved.

The State Police Commissioner, Zanna Ibrahim made this call against the backdrop of ongoing Kingship tussle in the village which has degenerated to the destruction of properties, killings and murdering of Peace that was hitherto enjoyed by the people of Idumuje-Ugboko.

In a statement released on Friday 26th May, 2017, by the State Police Public Relations Officer, DSP. Aniamaka Andrew, the Police Commissioner ordered that thugs and cultists mobilized to foment trouble in the community should immediately be kept off the streets, and innocent citizens be allowed right of way and access to their lawful endeavours.

“The Commissioner calls on the belligerents to sheathe their swords and give room for peaceful and meaningful dialogue to take place towards the enthronement of peace and safety in the village.

He noted that security agencies have so far exercised utmost restraint in the handling of the crisis because of the need to avoid any untoward repercussions, ordered that thugs and cultists mobilized to foment trouble in the community should immediately be kept off the streets, and innocent citizens be allowed right of way and access to their lawful endeavours.”

The Police Commissioner furthermore urged the people to heed wise counsel as security agencies may be compelled to use force as a last resort if the crisis situation persists.

“The CP, while appealing for a cessation forthwith of rumor-mongering, hostilities and harassment of any kind, also enjoined stakeholders to honor the invitation for a peace meeting, extended to them by the Assistant Inspector-General of Police in charge Zone ‘5’ Benin scheduled to hold at the AIG’s office in Benin, on Thursday, 1st June, 2017, at 10am with a view to finding an acceptable and lasting solution to the crisis.”

It will be recalled that the Royal battle which started in February 2017 after the demise of the erstwhile King of Idumuje-Ugboko, Obi Albert Nwoko, is a quest of who takes over the Kingship Stool of the Community.

The tussle is currently between Prince Nonso Nwoko and Prince Uche Nwoko of which has torn apart members of the community on their varied interest.

Following this division, thugs and hoodlums have been reported to have taken over the Palace and the entire Community thereby raising a magnitude of tension in Idumuje-Ugboko Village.