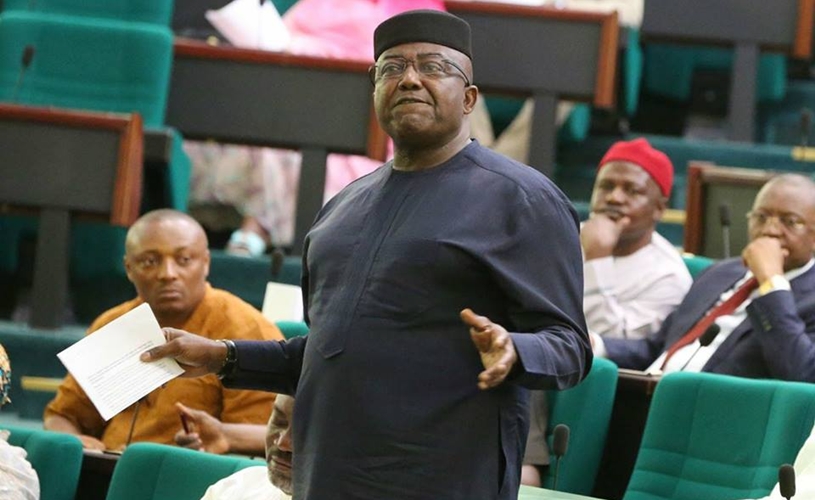 A socio-political pressure group, the Continuity Advancement Group (CAG), has condemned what it described as the unconstitutional vote of no confidence on Reps Minority Leader, Hon Leo Ogor, by Coalition of State Chairmen of Registered Political Parties in Delta State.

CAG in a statement, commended the aspiration of Mr Joel Onowakpo for indicating interest to represent Isoko people in the Federal House of Representatives but, frowned at situation where he was trying to heat up the polity, causing disaffection among Isoko people by using a faceless non-credible group to attack a worthy son of Isoko nation that has repositioned the constituency in the country.

The group also condemned the alleged endorsement of Mr Joel Onowakpo, an All Progressives Congress (APC) aspirant for the Isoko Federal Constituency in the House of Representatives, describing the endorsement as inconsequential as the Onowakpo obviously paid them to do such.

The group disclosed this in a statement signed by it’s Publicity Secretary, Kelvin Apar-Itesah, after an emergency meeting in Okpe-Isoko while assessing the political situation in the country, as it affects its members and the people of Isoko Federal Constituency.

According to the group, “We are particularly concerned about the above-the-law proclivities of a faceless group, the Coalition of State Chairmen of Registered Political Parties in Delta State. Their conduct and utterances, has consistently demonstrated that they are incapable of operating within the ambit of the rule of law. “Can there be a Coalition of registered political parties without the PDP and APC?”

“We read with dismay, pain and utter disappointment the agonizing vote of no confidence released by a self-styled group known as Coalition of State Chairmen of Registered Political Parties in Delta State against the incumbent House of Reps Minority Leader and member representing Isoko Federal Constituency Hon Leo Ogor, who happened to be our grand patron.

“It is indeed laughable because the authors merely wrote in a format characteristic of political stomach infrastructure club who are not only alienated from our context but completely out of touch with actual socio-political realities in Isoko federal constituency interests.

“More instructive is that even if we isolate the polemical thrust typical of such political jargons, it is very sad to note that no where in the vote of no confidence passed was the “idea” of Isoko as a people given any conscious or even a pretentious attention. The said kangaroo group who are working with a man who spent over a decade in government yet failed to attract any tangible project to the people he is now aspiring to represent should remain quiet because he cannot deliver.

“Outside the inaccuracies the said kangaroo group conveyed, they only succeeded in exposing their ignorance on the electoral process, especially on how candidates emerge in political parties. It’s laughable that the self-styled group arrogantly declared an aspirant a candidate under such umbrella even before party primaries. It only shows the kind of characters who are in such group.

“For a coalition group who claimed to be the mouthpiece of all the registered political parties in Delta state to pass whatever vote of no confidence on just one Rep member among the nine Rep members from Delta state clearly shows they are desperate for relevance and recognition. They should rather go and sell their mandate to party delegates to make sure the platform he recently joined presents him as their candidate before thinking of other political parties candidates in the 2019 general elections. We therefore urge the good people of Isoko nation and the general public to disregard their campaign of calumny.

“The allegation that the incumbent lawmaker has not attracted projects to Isoko Federal Constituency is arrant nonsense and it is not worth the while to even dignify it with a response but just to set the records straight, the incumbent Federal lawmaker has attracted projects across the whole of Isoko nation. Just recently a request was made by one of the constituents from Isoko nation for elective officials to present their scorecards from 2015 till date. Only the media office of the member representing Isoko Federal Constituency, Hon Leo Ogor through his Press Secretary, Akpodhoma Mike was able to present list of projects attracted to Isoko nation.

Prominent among such include, the resurfacing of Ozoro-Owhelogbo road by Federal Road Maintenance Agency (FERMA), construction of 26.5km Ofagbe-Orie-Idheze-Ozoro road with a spur to Orie-ada Irri road connecting Isoko South and North local government areas, under the Federal Ministry of Niger Delta Affairs, Construction of Aviara Uzere road under the Federal Ministry of Works, building of block of classrooms with furniture in twenty five government owned schools across the Isoko Federal Constituency through Universal Basic Education Commission (UBEC) as part of his constituency projects, renovation and building of over fifteen primary health care centres, along side over sixteen township roads just within the period.

The group further argued that calling on the lawmaker to take a bow based on health ground is not only laughable but should be dismissed with a wave of hand. That he was sick before, treated and has fully recovered and going about his normal activities doesn’t disqualify him from seeking any elective position if he choses to run again. You can’t continue to use his past health challenge to whip up negative sentiments.

“As a group we call on all aspirants to sell their mandates and aspirations to the electorates instead of going about patronising “hungry groups” to issue unpleasant publications endorsing their aspirations. Let us continue to tap from Hon Leo Ogor’s sagacity, experience and legislative prowess for the overall interest of Isoko nation” the group added.