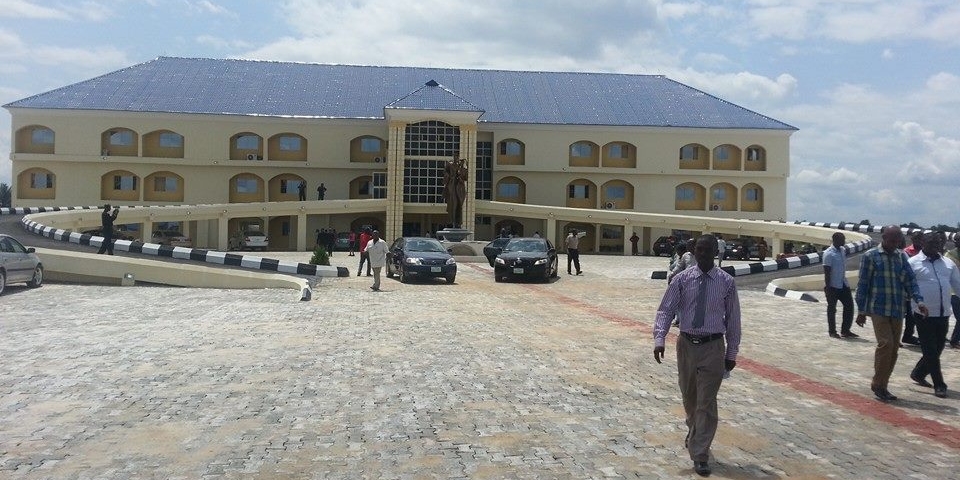 An independent investigative report conducted by some journalists on the alleged financial misconduct leveled against the Rector of Delta State Polytechnic, Ozoro, Prof. Job Akpodiete, by a group who identified itself as Isoko Monitoring Group (IMG), led by one Comrade Sebastine Agbefe, has revealed that the whole episode might not be farther than a mere smokescreen orchestrated by those who a hellbent on bringing down the renowned academician for reasons best known to them.

In a report published by an online medium; www.dailysearchlight.com, with the title “Delta Poly Rector In Financial Scandal, Bought Luxury Cars Worth N85m For Self”, the IMG alleged among other things, the acquisition of utility vehicles at outrageous prices, buying of Xmas gifts for staff of the institution worth 13million and the spending of over 60million for molding of blocks and site clearing for a new project in the Polytechnic.

In a petition addressed to the Governor, Sen. Dr. Ifeanyi Okowa, the group demanded for the immediate dismissal of the Rector and went ahead to allege the ill-treatment of Isoko extraction in the institution.

However, an independent enquiry carried out revealed that aside the acquisition of official vehicles by the Rector, all of the other allegations were either been distorted or blown out of proportion.

An insider in the Account Department of the institution, who preferred not to be named, said the vehicles acquired by the Rector were same as those driven by his predecessor, Dr Jacob Oboreh. In her account, she said it was customary for an outgoing Rector to take along with himself his official vehicles while the incoming procure new ones. She stated further that the institution has over time maintained the standard of upgrade of vehicles to the latest version by an incoming Rector.

“I read the publications online and I must say am pained by the extent people are ready to go to destroy those they do not like. Here in Ozoro Polytechnic, we have a tradition. A newly appointed Rector acquire for official use vehicles in the same category as his predecessor. We are not new to this. All that could be added is that the the new Rector can buy a more recent version of the car. What Akpodiete did was exactly what Oboreh did but we never witnessed this manner of uproar”, our source said.

Another insider who confided in us simply said “those who are crying over the amount of the vehicles should please go confirm the cost from the manufacturer and see if it was inflated or not. We will not allow faceless individuals to cause problem for us here”, he said.

A further probe into how the vehicles were purchased showed that the decision to buy the cars wasn’t unilaterally taken by the Rector alone, but assented to by all relevant individuals as stipulated by law. An official in the office of the institution’s bursar, said the Rector is innocent of all the allegations leveled against him. “It is not easy to steal money in this system. The Rector cannot just wake up one money and release money the way these guys are alleging. First, a memo was raised and even the Council ratified and approved of the purchase. The bursar who has been there long before the Rector came on board also gave his approval. I now begin to wonder why the Rector is been singled out for condemnation”, he said

On the allegation of spending of over 60million for molding of blocks and site clearing for a new project in the University, our investigation revealed that the project, cost and tranches of payment was agreed upon by the institution and the contracting firm long before Prof. Akpodiete took over. Documents sighted by this medium revealed that though Prof. Akpodiete approved the the release of funds for the project, it was Dr. Oboreh’s administration that did negotiate with the contractor. Owing to the fact that government is a continuum, Akpodiete only made payment according to terms hitherto agreed to by the previous administration.

On the buying of Xmas gifts for staff of the institution worth 13million, it has been learned by this medium that within the past 10yrs, Akpodiete’s administration has spent the least amount of money on Xmas incentives for staff. Our findings revealed that while each Staff of the institution got several bags of rice during Xmas the previous year, Akpodiete ensured that such luxury is reduce by half. This was rather in a bid to cut down spending as a means of austerity by the institution. This however reduced the money spent

“People are very funny. Even with the tremendous increments in the cost of rice and other food condiment, the Rector reduced the yearly Xmas expenditure from nearly 20million to 13million. What is even 20million to buy Xmas things for staff and pay other honorarium to traditional rulers, government officials, etc?”, a senior lecturer in the Engineering Faculty questioned.

Other allegations like the increment of the Rector’s sitting allowance was discovered to be totally untrue. Our findings revealed that no such increment exist.