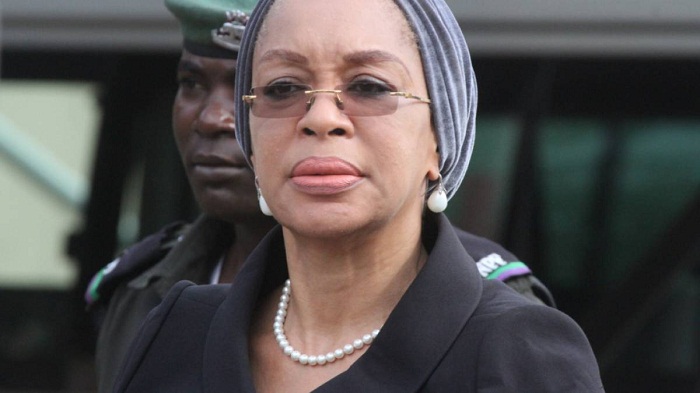 Delta State Government has been fingered in the ongoing trial of Justice Rita Ofili-Ajumogobia for allegedly enriching herself while working as a judge of the Federal High Court.

The prosecution witness revealed to the Ikeja High Court that Delta State Government paid the sum of N24 million into the bank account of  Justice Rita Ofili-Ajumogobia between 2010 – 2011.

Mr Uchenna Okaranwolu, an insurance salesman, who was a former staff of Access Bank and account officer of Ofili-Ajumogobia, disclosed the Judge’s bank transaction details to the court. He was led in evidence by Mr Rotimi Oyedepo, the prosecutor for the Economic and Financial Crimes Commission (EFCC).

“On Aug. 5, 2011 an Oceanic bank cheque from the Delta State Government for N15 million was paid into Justice Rita Ofili-Ajumogobia’s account.

The computation shows that Delta state paid N24 million into the judge’s account in August 2011.

Ofili-Ajumogobia is being prosecuted by the EFCC for allegedly enriching herself while working as a judge of the Federal High Court, while a Senior Advocate of Nigeria,  Mr Godwin Obla, is also being tried for corruption.

Both are charged with perverting the course of justice by the anti-graft agency.

Obla, a former EFCC prosecutor, is facing an additional two-count charge of offering gratification of N5 million to Ofili-Ajumogobia, a public official, while serving as a judge.

Explaining his relationship with the judge, Okaranwolu said:“I know the first defendant in this case, she is the customer of the bank and I was her account officer from 2008 to 2009 and 2011 and 2012.”

He said he paid in money in US dollars on behalf of the judge into dollar credit card account as well as other lodgements in naira into her naira account.

“I sometimes run some errands for Justice Ajumogobia, she wrote cheques in my name to withdraw money from her account for her when she could not stand in the banking hall because of the long queues.”

Okaranwolu while being guided by Oyedepo, read aloud details of Ofili-Ajumogobia’s credit card account with the bank where deposits ranging from 500 dollars to 49,000 dollars amounting to over 650,000 dollars were paid into the account over a six-year period.

Okaranwolu also told the court that he received the funds from the judge at either her home or the banking hall of the branch of Access Bank where he worked .

“Our meeting point was usually the banking hall or at one of her homes which included an apartment in Military Street,  Onikan, a home in an estate in Lekki or the Judges Quarters on Glover Road, Ikoyi,” he said .

Earlier during the trial, a bureau de change operator, Mr Said Abba, had told the court how he helped the judge and her Diamond Bank Account officer, Mr Ademola Oshodi.

“Oshodi called me sometime ago to pay cash and transfer money into Ajumogobia’s account in which I get the dollar equivalent.

“If I pay dollars to him I get cash in naira or naira is transferred into my account,” Said said.

However, on cross-examination by Mr Olawole Akoni (SAN), Ofili-Ajumogobia’s counsel, he said he had never met  the judge.

“I don’t know Justice Rita Ofili-Ajumogobia, Oshodi never told me where he got the money from and whenever I met Demola, I dealt with him in the bank.”

NAN reports that Oshodi, Diamond Bank branch manager, was the first prosecution witness for the EFCC.

He had revealed in his testimony how he received cash in local and foreign currencies from Ofili-Ajumogobia’s home and the judge’s chambers at the Federal High Court to deposit in her account with the aid of Said.

Justice Hakeem Oshodi adjourned the case until April 28 for continuation of trial.