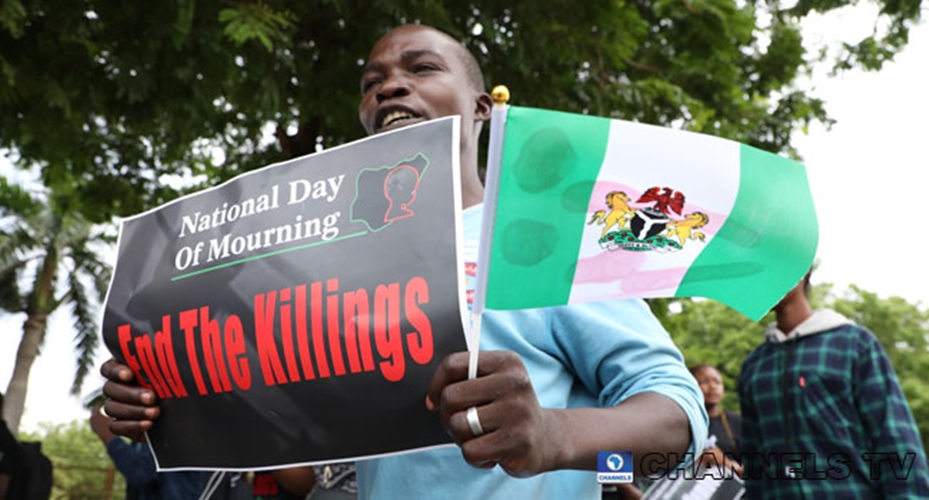 Insecurity is a condition where people are subjected to long spells of danger and fear due to natural disasters, conflicts, criminal activities.

I was crafting a concise, but complete definition of the subject. So after putting down the words, I proceeded to Google it, to investigate which writer or dictionary has influenced my thoughts on the topic inspired by recent happenings around me.

The search engine did not waste time to inform me my favorite dictionary – The Oxford Dictionary has put it in a similar way, giving one of its definitions on insecurity as: state of being open to danger and fear.

Actually, my intention was not to get a copyright for the definition, but I was rather focused on the condition as it was fast becoming the way of life for many communities in Delta State, due to activities of killer bandits especially in the environs of Asaba, the state capital.

For instance, since October 2019, Issele-Azagba a quiet town about twenty minutes’ drive from Asaba, experienced first of four major attacks on the community by highly organized bandits comprising local and alien gangs who resides in the forest, and whose stock in trade was kidnapping for ransom, village pillaging and other criminal activities. In that month a school was attacked in the community and six teachers including the principal were taken hostage into the bushes.

By late February this year the town had suffered its third attack by the marauding brigands who shot a man in his home, adopted his wife, while their girl child sustained bullet wounds. The forth came barely three weeks later and this time, a relaxation spot was attacked at night with several killed and others taken hostage.

Only recently, one Emeka Nwaedozie, Chairman of the local vigilante in Okpanam, a Siamese town with Asaba, was killed alongside another when he led youths to chase after bandits who kidnapped a woman and her daughter.

The latest incident of killings had led to reprisal attacks such as the burning of a hamlet in the outskirts of Okpanam, occupied by herdsmen in the community.

Regrettably, similar attacks have occurred in other parts of Delta State, chiefly among which was the brutal killing of ten in one fell swoop by armed bandits at Uwheru community in Ughelli North LGA, culminating in three days of sorrow, tears, and blood.

Obviously, the spate of killings by the outlaws has dealt a psychological blow to the affected communities leading to palpable fear among the residents who are vulnerable to the unending attacks.

Economic activities in the affected locations have also collapsed due to the agrarian nature of the target communities and the forced stay-at-home by farmers for fear of attack in the forests. Mass relocations have also occurred in the killer bandit hotspots, leading to a lull in business and social undertakings.

On their part, security operatives in the state are wont to carry out restoration of peace mission only after the bandits have struck and have only provided lip service on ending the killings, kidnappings and molestations that follow such attacks. And in that time Commissioners of Police including Zanna Ibrahim, Mohammed Mustafa and Adeyinka Adeleke, and have all come and gone without any concrete results on ending the killings which has only but escalated between their tenures in office.

Similarly, efforts by the Nigerian Army on peacekeeping mission has sometimes been to the disadvantage of members of the grieving communities, like the death of one Mr. Abura from the stray bullets of army personnel during the crises following the herdsmen killings in Uwheru community. Interestingly, there have not been a major arrest by the authorities for the killing of ten in that incident or in most of the cases mentioned above.

Likewise, the Agro Rangers unit of the Nigeria Security and Civil Defense Corps, NSCDC purported to have been inaugurated in Delta State have not lived up to its expectations of mediating, or combating conflicts in the hinterland and seemed to be absent in the narratives on the bandit killings across the state.

Moreover, the Delta State Governor Dr. Ifeanyi Okowa who is Chairman of South-South Governors Forum had in early March this year announced plans by the six states in the zone to set up a regional security outfit as part of state’ measure to address the menace of bandit attacks and related crimes in Delta, Edo and Bayelsa State. The others being Akwa Ibom, Rivers and Cross River State.

Likewise, leaders in the affected areas should double up on efforts to reach out to/or draw the attention of relevant authorities to save the communities from huge costs in ransom payments, loss of lives and properties.

In this regard, a committee comprising of state and local government officials, traditional rulers and leadership of the community unions should be set up to present a proposal on ending the conflict before the Commander-in-Chief of the Armed Forces and President of the Federal Republic of Nigeria, President Muhammadu Buhari for consideration.

Top on the agenda should be a call for the establishment of a Special Squad comprising the Army, the Police and Civil Defense Corps, to be headed by an Army office not below the rank of a Brigadier General, to give the project the seriousness it deserves. Their mission would be the total evacuation of the criminals from their hideouts in the forests.

The same proposal should be presented before the Chief of Army Staff and his counterparts, the Inspector General of Police, DG DSS and the Commandant General of NSCDC for their acknowledgements.

Ridding the criminals from the bushes by the Special Squad of security personnel would enable the residents, especially in the agrarian communities return to the farms which is the core of their means of livelihood. It would also relieve the people from the constant fear of danger in their own communities.