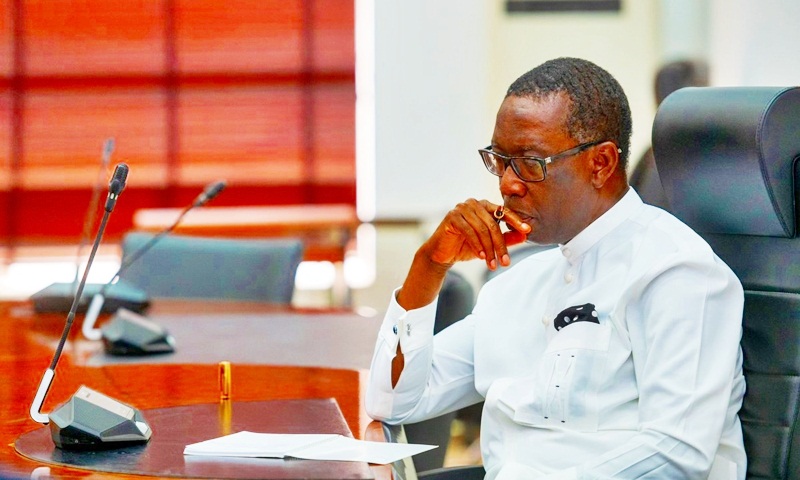 The main opposition party in Delta State, All Progressives Congress APC, has accused the Governor Okowa led administration of not doing enough to sustain peace across Communities in the state.

Delta APC stated this in reaction to lingering and fresh Inter-Communal Crises witnessed across the state, alluding that, appointees of the PDP led goverment in various communities are more of war horses instead of peace and bridge builders.

This position of the APC is coming days after an indigene of Otulu community in Aniocha North Local Government Area of the state was allegedly killed in a crisis with a neighbouring community.

In a press release signed by Barr Sylvester Imonina, State Caretaker Publicity Secretary of Delta APC, the party challenged Okowa led-Government to up its game in averting inter-communal crises or any form of crises in the State.

The statement obtained by this medium, reads below:

There is a popular saying that “threat to peace anywhere is a threat to peace everywhere”. It is on the above premise that the All Progressives Congress (APC) Delta State condemns in totality the rise in inter-communal crises in the State.

Some days ago, there was communal clash between Ogwashi-Uku and Otulu Communities in Aniocha South Local Government Area (LGA) of the State, which resulted in the unfortunate killing of one Cletus Okpala-Ozumba, an indigene of Otulu. Also, not too long ago, there was bloody crises between Emede and Igbide Communities in Isoko South LGA which resulted in loss of lives, and property worth millions of Naira!

The bad memories of Aladja and Ogbe-Ijaw Communities’ crises of not too long ago linger on! Till date, the number of lives lost in that crises is yet to be ascertained. Meanwhile, so many people whose landed properties were destroyed are still eating the bread of sorrow.

From available information, most of these crises are not unconnected with unclear lands boundaries between neighbouring Communities.

Some of these crises were/are avoidable but the lackadaisical attitude and non-proactiveness of Okowa led-government of Delta State when issues are in a budding stage, can rightly be said to be responsible for the carnage experienced in recent times and years in some parts of the State.

Delta APC is not unaware of the fact that there is no Community in the State where the Okowa led-government does not have a political office holder. These appointees who are supposed to be peace builders and bridges between their people and the State Government care less about issues that threaten peace. Some of them are known merchants of war whose stock in trade is fanning embers of discord!

It is very painful that the Senior Special Adviser to the State Governor on Peace Building and Conflict Resolution, Chief Edwin Uzor, has not done enough in peace building. His office has failed in sensitizing the people on the evil of inter-communal crises or any form of crises in the State through broadcast and print media and/ or social media. The only modus operandi of that office is embarking on wild goose chase after unquantifiable damages have been done.

In most cases, certain crises that could have been nipped in the bud were/are allowed to fester because of political interest. Some political demagogues who find themselves on a part of Community divides are allowed to misbehaved, while the helpless citizens suffer.

Delta APC challenges Okowa led-Government to up its game in averting inter-communal crises or any form of crises in the State. People who find themselves on the wrong side of the law should be taught a lesson they will never forget, irrespective of whose ox is gored. Lives and properties should not be waisted on the alter of political and or any form of affiliations.

ALSO READ:  2023: Omo-Agege Charges Deltans to Vote out PDP, Inaugurates Campaign Organisation
For advert placement, publication of news content, articles, videos or any other news worthy materials on this Website, kindly send mail to asabametro@gmail.com.
Continue Reading
Advertisement
You may also like...