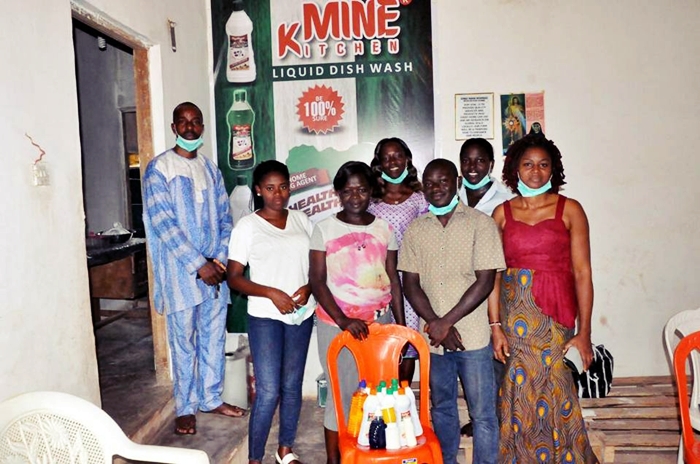 A human rights activist and President, Foundation for Good Governance and Social Change, Barr. Austine Osakue, Monday, tasked the National Directorate of Employment (NDE), to partner other relevant agencies in job creation to reduce unemployment in the country.

He gave the charge at the skill acquisition graduation ceremony of Ehimax Trading Enterprise (ETE) manufacturers of Mine Kitchen Liquid Dish Wash in collaboration with NDE, Edo State office.

Osakue said Nigerians are aware that most of the federal government agencies are starved financially by the same body which sets them up and this by implication hampers their efficacies.

“I knew that federal government agencies are suffering I can tell you that. There was a time that I accused the National Orientation Agency of not doing enough to enlighten our people, to get involved in dissemination of information in propagating good courses.

“And I had mentioned it three times, I am sure the seat there became so very hot.  So, they invited me for a  discussion and I went with some of my people to engage them. And when they finished telling me their story, we felt pitied for them. First and foremost, for the period of about two hours we spent there, we were all sweating.

“They could not even afford to power their generator to put on the fans. The offices, some of the chairs were fallen. So we understand that the NDE would want to do so much but there is a limited resources.

“What you need to do madam, is to now build bridges of collaboration. There are places you cannot reach because you are a government person but partner with those who can say such things. There are so much resources on our land for God has blessed us so much. We should not be begging in the midst of so much abundance”, he said.

She urged them to look at for the areas they are good at and make out the best in their chosen career.

On the part of Prof. Iyesere Julius, lecturer of Industrial Chemistry, University of Benin, he advised the youth to take advantage of the population strength of the country to engage in production of goods and services that will be of financial benefit to them.

Proprietor, Ehimax Trading Enterprise, Mr. Iyamu Maxwell while given his reason for setting up the skill acquisition centre, said it was to reduce unemployment in the country.